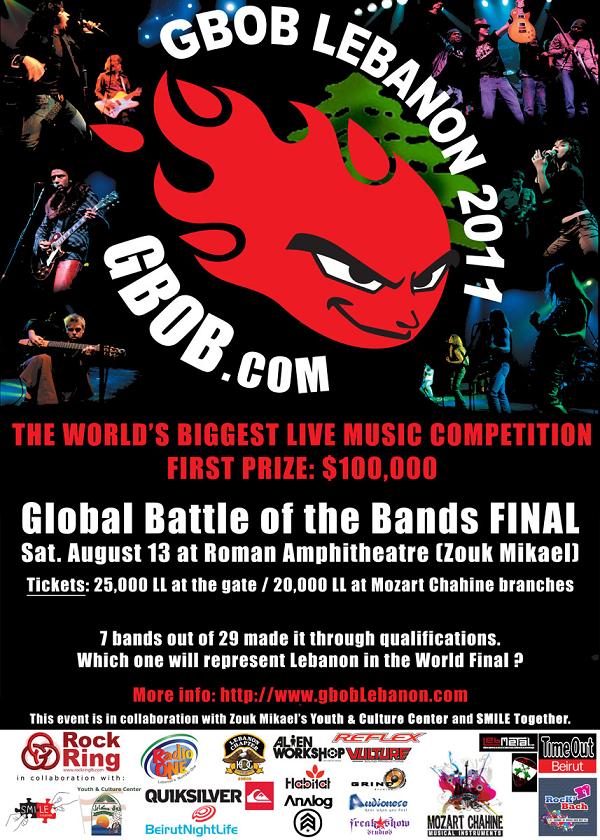 Details: After marking the biggest band competition to ever hit Lebanon, prepare yourselves for the National Final.

29 bands have been competing for 3 months to make it to the final.

Only 7 will make it through!

One of these 7 bands will win & represent Lebanon in the World Final against 35 countries.

Which band will it be?

These bands will play nothing but their own original music; make sure to hear them out.

The winner band will carry Lebanon’s name in the World Final and get the chance to win $100,000 USD.

The event will also include 2 additional guest appearances.

The National Final will be held on August 13 at the prestigious Roman Amphitheater in Zouk Mikael.

GBOB bands who have made it to the final:

Back/forth transportation will be provided from certain key locations for a small additional fee.

This event is, proudly, in collaboration with Zouk Mikael’s Youth & Culture Center (YCC) and SMILE Together.

This event is brought to you by Rockring