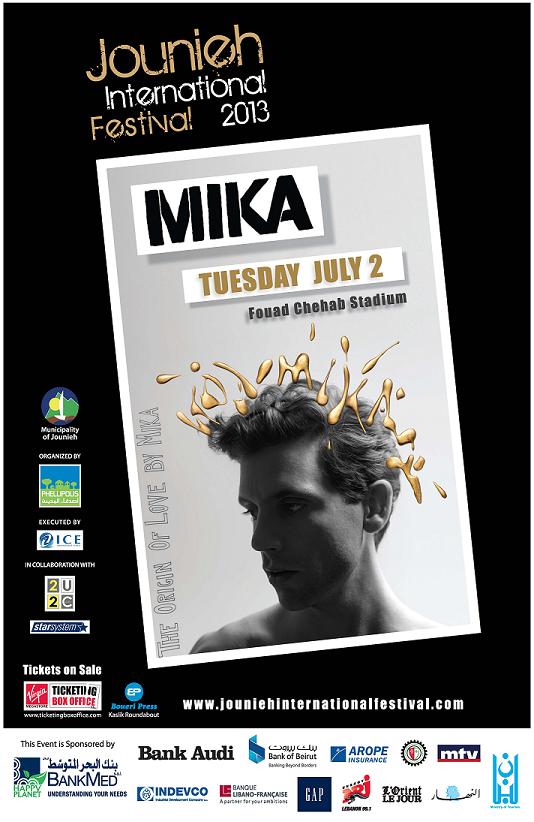 Details: Lebanese-born British pop star Mika will captivate pop-enthusiasts, presenting his third album as part of the “The Origin of Love” world tour on July 2nd as part of Jounieh International festival.

The famous pop-rock singer, had an initial success with his well-known hit “Relax, take it easy”, and his second single “Grace Kelly” with which he took the UK charts by storm. His second album was called “The Boy Who Knew Too Much” and the main single from that album was “We Are Golden”.

This concert not to be missed will take place at the Fouad Chehab Stadium.

The event is in collaboration with 2U2C and Star System.

Tickets on sale at all Virgin ticketing box offices.