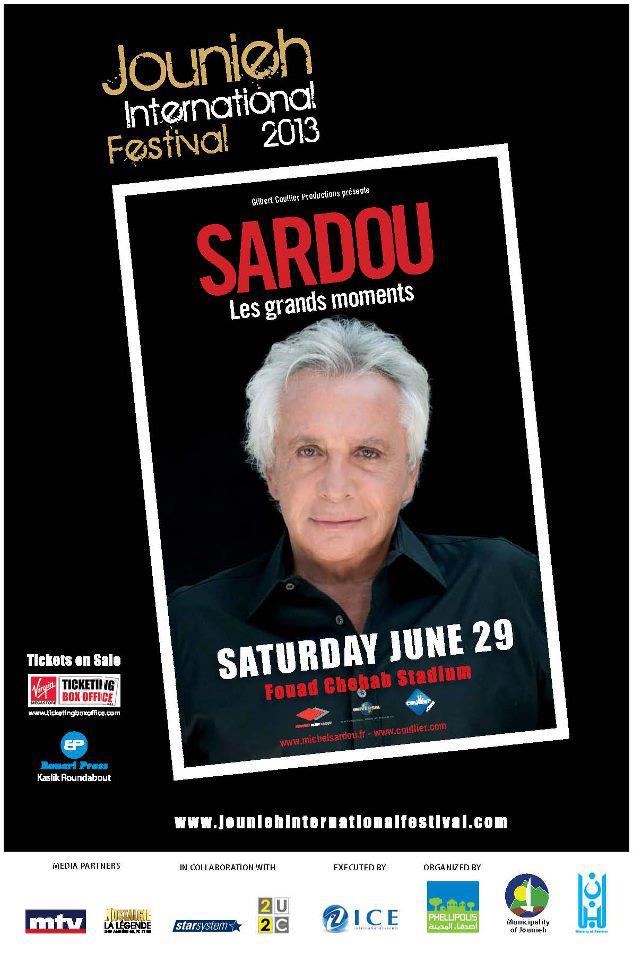 Sardou, is a well-know French singer. He is known not only for his love songs (such as “La Maladie d’Amour”), but also for songs dealing with various social and political issues, such as the rights of women in Islamic countries, colonialism and the death penalty.

This concert is produced by 2U2C, in collaboration with Star System and Jounieh Festival.

Tickets on sale at all Virgin ticketing box offices.

A concert not to be missed!