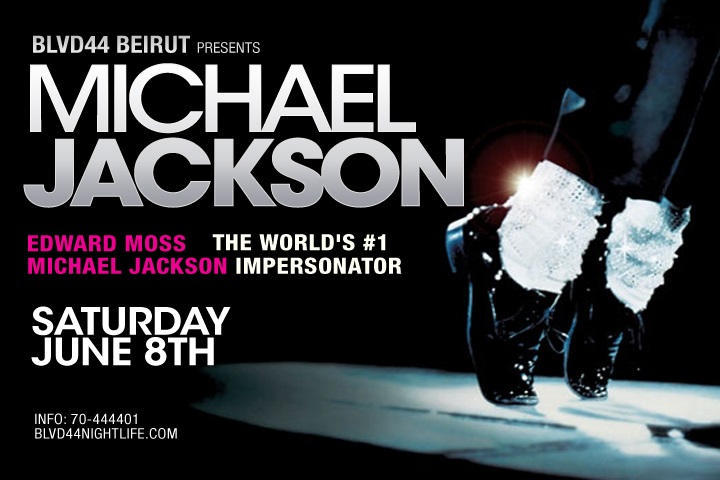 Edward Moss has performed all over the world and even starred in Scary Movie 3 and 4 as Michael Jackson! You would be shocked how much he looks like, sounds like and moves like the deceased legend!

You will experience the resurrection of the greatest musical legend of all time, this Saturday June 8th at BLVD 44 Beirut!