Marc Houle In Lebanon At B018 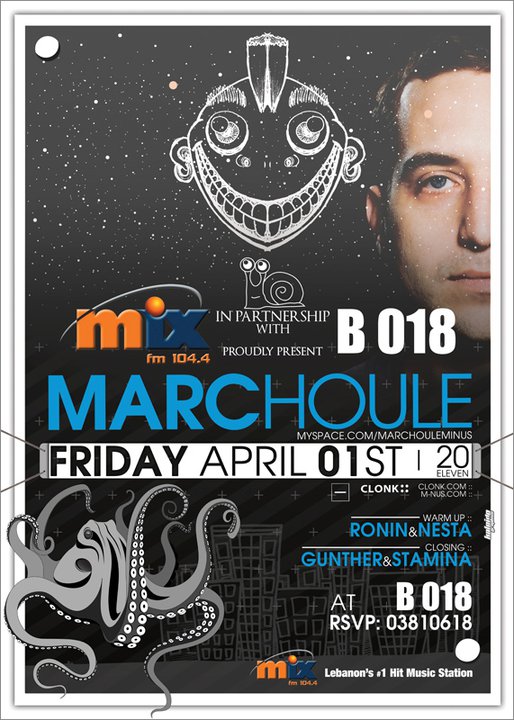 Name: Marc Houle In Lebanon At B018

Details: If there’s one name in the dance music world that should set your pulse racing…

The record label that brought you along with Mix FM:

And widely regarded the greatest electronic music event in Lebanon’s history… The legend and master himself, Richie Hawtin at BIEL in the Fall of 2009!

Now, Mix FM in partnership with B018 brings you another giant from the most famous techno clan in the world with techno mastermind, Marc Houle, on Friday April 1st , spreading his own brand of techno to the music lovers of Lebanon.

With influences ranging from industrial, retro and Detroit and a modern vision of path finding techno, Marc’s ability to play with ideas deliver the unexpected has helped him push the boundaries of the M-nus label. As well as being a master on the decks, Marc Houle is also one of the most original and prolific music producers in the world.

Experience the techno delights of this master of sound..

WARM UP: RONIN AND NESTA