Man In The Mirror The Michael Jackson Show 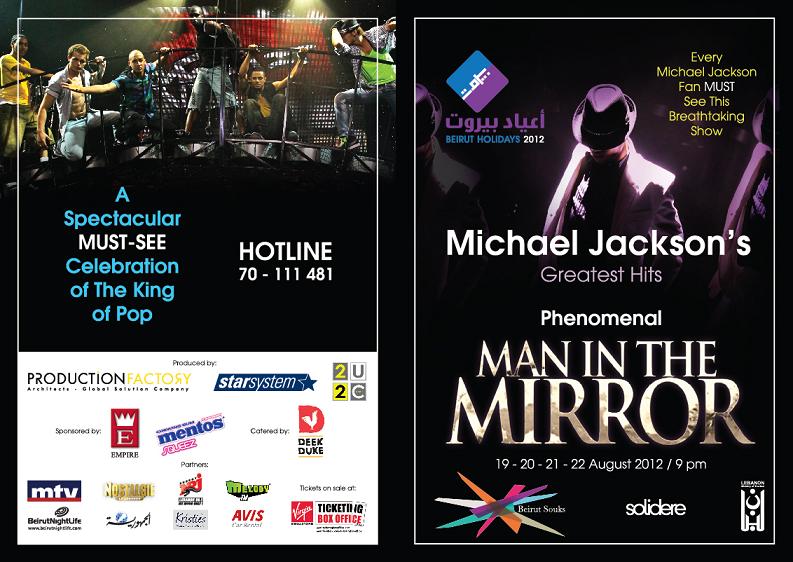 Name: Man In The Mirror The Michael Jackson Show

Details: MAN IN THE MIRROR – The Michael Jackson Show  – celebrates the amazing music of the King of Pop, Michael Jackson,  in a high octane theatrical spectacular that spans over three decades  of the greatest hits in pop history.

Featuring all of Michael’s number one hits,  this spellbinding musical show takes the audience on a musical journey through the career of one of the greatest entertainers of all time.

The show’s creative team has been working alongside musicians and dancers who were involved with “This is it” – the tour Michael Jackson never performed.  The American press describes this show as “A glorious tribute to the King of Pop”.

The music of Michael Jackson from his childhood to his multi-millionselling performing peak is being featured in Man In The Mirror.

The show tracks the hits of the music legend starting off with the Jackson Five and moving through to the pop icon’s biggest hits like Black or White, Earth Song and Smooth Criminal. It will feature an all-American cast drawn from the cream of Broadway performers and producers are working on some spectacular set-pieces for the show.

” This show something really special working alongside people who knew Michael Jackson really well to ensure it is 100 per cent authentic and will be a fitting tribute to one  of pop music’s true icons.”

For the first time in the Middle East, for all lovers of Michael Jackson music and songs for the age of 7 to 77, a family show for all ages.

Man in the Mirror,

The Way You Make Me Feel,

You Are Not Alone 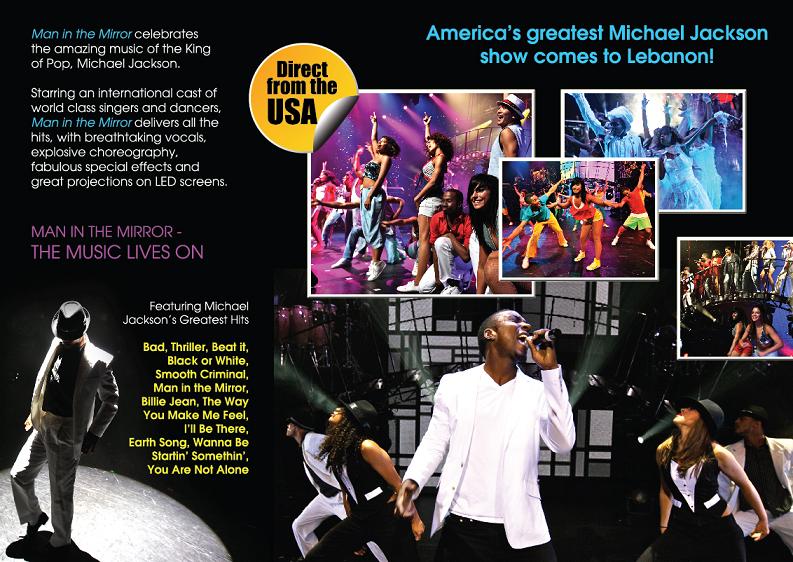