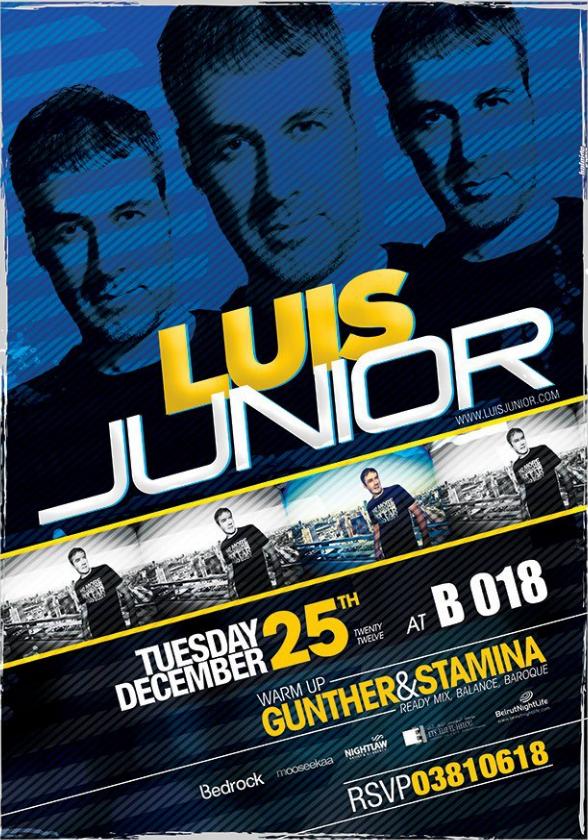 Details: Make this Christmas an unforgettable one…

A night not to be missed if you like your music dark, layered and melodic…..

Early in his career Luis found himself making many appearances on Ibiza chill-out compilations. But it was his incredibly textured and lush sounding down tempo productions such as “Momentos” and “Luminis” that got him noticed. It wasn’t until his remix of Baboop’s “Yes We Can” was championed by Sasha through much of 2009 that Luis’ name starting buzzing throughout the electronic music underground. Following that Luis crafted “Colache” which caught the ear of John Digweed who immediately signed it for Luis’ first Bedrock single.

“Colache” and “BG” both for Bedrock and his remix of Cid Inc & Lank’s “Coronal Mass” for microCastle were 3 of 2010s biggest crossover tracks, all which earned immense support from John Digweed and Hernan Cattaneo. The first half of 2011 only saw Luis grow even larger with his remixes of Monaque’s “ID” again for microCastle and Infusion’s “Love and Imitation” for Kasey Taylor’s Vapour Recordings. Both tracks earned huge worldwide support and massive chart success on Beatport.

The dawn of 2012 saw Luis launch his own digital imprint “mooseekaa”. Luis’ own “Alibi” was the label’s first release and it went down as one of the most hyped and sought after tracks of the year. The remainder of 2012 shows no signs of “mooseekaa” slowing down as Guy J, Max Cooper, 16 Bit Lolitas and of course Luis himself are all set to embark on projects for the label.

Make sure to catch Luis Junior in Beirut at B018, the home of his first Middle East appearance.