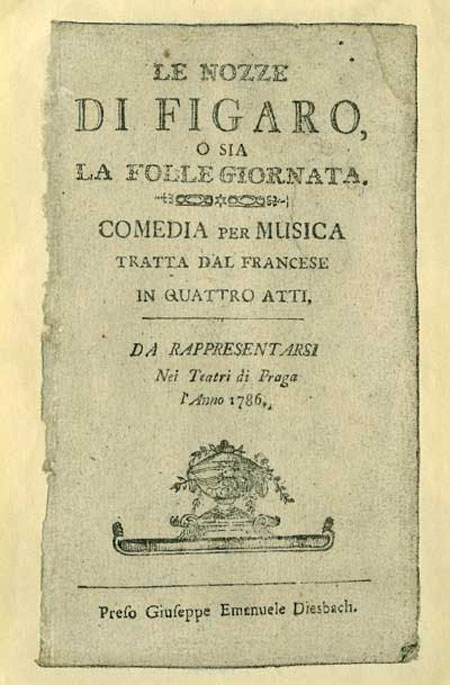 Byblos International Festival is pleased to host a unique performance of Mozart’s timeless masterpiece Le Nozze di Figaro. Francesco Cilluffo will be conducting the orchestra alongside Gulliver Ralston who’ll be conducting the choir of the Antonine Fathers’ University.
A wonderful example of Lebanese and Italian collaboration, this evening includes a young and talented cast of Opera singers from both countries and is presented in collaboration with the in collaboration with the Italian Cultural Institute and the Antonine University.
This production stars Samar Salamé and Toufic Maatouk as the servant couple who outmaneuver their bosses (and everyone else in their world) over the course of one crazy day. Raymond Ghattas is the philandering Count, and Caroline Solage plays the role of his long-suffering wife.

Le nozze di Figaro, ossia la folle giornata (The Marriage of Figaro, or the Day of Madness), K. 492, is an opera buffa (comic opera) in four acts by Wolfgang Amadeus Mozart, with Italian libretto by Lorenzo Da Ponte, based on a stage comedy by Pierre Beaumarchais, La folle journée, ou le Mariage de Figaro (1784).
Although the play by Beaumarchais was at first banned in Vienna because of its satire of the aristocracy, considered dangerous in the decade before the French Revolution, the opera became one of Mozart’s most successful works. The opera was the first of three collaborations between Mozart and Da Ponte; their later collaborations were Don Giovanni and Così fan tutte. It was Mozart who originally selected Beaumarchais’ play and brought it to Da Ponte, who turned it into a libretto in six weeks, rewriting it in poetic Italian and removing all of the original’s political references. In particular, Da Ponte replaced Figaro’s climactic speech against inherited nobility with an equally angry aria against unfaithful wives. Contrary to the popular myth, the libretto was approved by the Emperor, Joseph II, before Mozart wrote any music.

SYNOPSIS
The action of The Marriage of Figaro is a continuation of the plot of The Barber of Seville several years later, and recounts a single “day of madness” (la folle giornata) in the palace of the Count Almaviva near Seville, Spain. Rosina is now the Countess; Dr. Bartolo is seeking revenge against Figaro for thwarting his plans to marry Rosina himself; and Count Almaviva has degenerated from the romantic youth of Barber into a scheming, bullying, skirt-chasing baritone. Having gratefully given Figaro a job as head of his servant-staff, he is now persistently trying to obtain the favors of Figaro’s bride-to-be, Susanna. He keeps finding excuses to delay the civil part of the wedding of his two servants, which is arranged for this very day. Figaro, Susanna, and the Countess conspire to embarrass the Count and expose his scheming. He responds by trying to legally compel Figaro to marry a woman old enough to be his mother, but it turns out at the last minute that she really is his mother. Through Figaro’s and Susanna’s clever manipulations, the Count’s love for his Countess is finally restored. 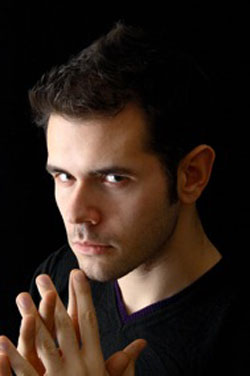 BIOGRAPHY
Francesco Cilluffo studied at Turin Conservatory of Music, then with Gianluigi Gelmetti at the Accademia Chigiana of Siena and Kings College, London.
Among his most recent appearances: a concert with the Lebanese National Symphony Orchestra (music by Cherubini, Rossini, Verdi, Puccini and Mascagni) organized by the Istituto Italiano di Cultura; a symphonic concert for MITO Settembre Musica Festival 2007 with the Ensemble Europeo Antidogma; a Verdi Gala at the Scottish Opera, Glasgow, and several concerts and productions for institutions like the London City Festival, Saddler’s Wells, London Contemporary Dance School and Guildhall School of Music and Drama (Barbican) in London. He is also a regular guest conductor of the CRT Symphony Orchestra in Italy.
Francesco Cilluffo is principal guest conductor of the Stefano Tempia Academy in Turin: after having conducted a successful peformance of Cherubini’s Requiem in c minor, he was invited to conduct a concert with Handel’s “Fireworks Music” and “Dettingen Te Deum”.
His future engagements include his debut with the Turin Philharmonic Orchestra, conducting Mozart’s “Requiem (Levin edition)”.
He was awarded a PhD in composition at King’s College, London, under the supervision of Robert Keeley and George Benjamin. Over the last years, his works have been performed by the RAI National Symphony Orchestra, the Electra Ensemble in Amsterdam, the Graz University of the Arts and the London Song Festival. The Dicapo Opera Theatre has commissioned him a new opera (“Il Caso Mortara”), which opened in New York on February 2010 to rave reviews. 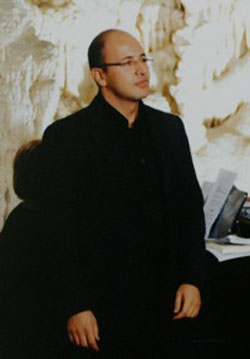 Toufic Maatouk graduated in piano and musicology from the Higher Institute of Music at the Antonine University. He also studied classical singing and obtained a Master degree from the Higher National Conservatory of Beirut. He pursued his studies at “École Normale de Musique de Paris” (France) with Professor Caroline Dumas and Signora Stephania Magnifico from the Accademia Musicale Santa Cecilia.

In 2003, he participated in the Premiere of the opera “Ibn Sina” opera (Avicenna) at Qatar-Doha.

In June 2006 he participated in Weber’s opera “Abu Hassan” performed in Jordan.

In December 2006, he sang in the Mozart Coronation Mass. In 2007, he took part as Baritone soloist in Beethoven Ninth Symphony with the Lebanese National Symphony Orchestra.

In 2008, he sang the role of Don Giovanni in Mozart’s Opera at the 8th Al Aïn Festival (Abu Dhabi).

In 2009, he was the Count in Nozze di Figaro at the 9th festival of classical music, Al Aïn (Abu Dhabi).

Samar Salamé was born in Beirut, Lebanon. Although she attended the Higher National Conservatory of Beirut, she finished her Audiovisual studies at IESAV (Saint-Joseph University) before embarking on her journey in the lyrical field.

Maestro Roberto De Simone invited her to join his company Media Aetas in Naples. She followed him to Italy and toured the Peninsula with his show “The Opera Buffa del Giovedi Santo”. At the end of the tour, Salamé moved to Rome to pursue her studies at The Conservatory of Santa Cecilia. During her five years at this prestigious institution, she participated in Verdi’s “Il Trovatore” Voltaire’s “Semiramide”, Roberto De Simone’s “Requiem alla Memoria di Pier Paolo Pasolini” in Munich. She reached the finals of the Mattia Battistini contest in Rieti, joined Maestro Stefano Cucci choir that worked with Maestro Ennio Morricone… She also sang in various concerts as a soloist.

After graduating in December 2006, Samar Salamé moved to Paris and continued her career singing in “La Maya”, an adaptation of Alfred de Musset’s “Les Caprices de Marianne”, as well as in concerts in Paris (Conciergerie, Le Grand Palais, La Mairie du XIVème…) and Lebanon (Vivaldi’s “Gloria”, Mozart’s Mass, Pergolesi’s “Stabat Mater”, concerts at the Embassies of France and Italy and in the Jeita Grotto…).