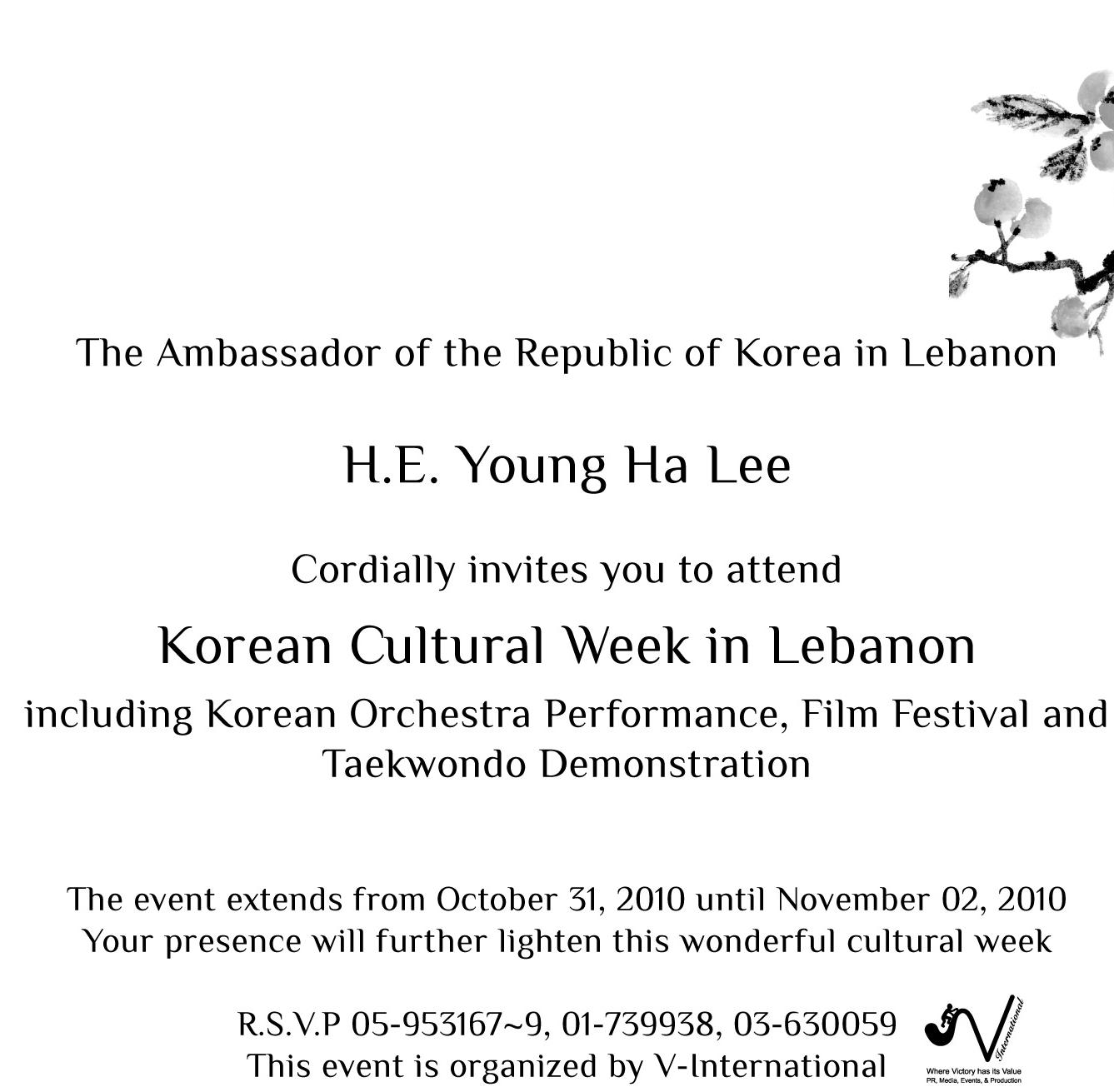 Press Invitation to the Korean Musical Festival at UNESCO Palace

The Ambassador of the Republic of Korea in Lebanon
H.E Young Ha Lee
Cordially invites you to attend

The event extends from October 31.2010 until November 02,2010
Your presence will further lighten this wonderful cultural week

This event is organized by V-international

Launching of the Film Festival,in collaboration with the Municipality of Tyre,Basil Al Assad
Culture Center-Tyre at 19h00.

2nd day of the Film Festival, in collaboration with the Chambre of Commerce,Industry and Agriculture of Tripoli and North Lebanon,CCIAT-Tripoli at 19h00.

3rd day of the Film Festival, in collaboration with the American University of Beirut,Bathish Hall-AUB at 19h00.