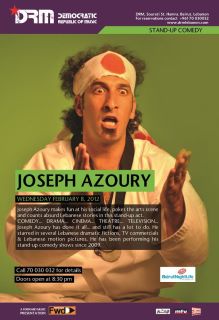 Joseph Azoury has done it all… and still has a lot to do.

Has starred in several Lebanese dramatic fictions, TV commercials & Lebanese motion pictures. He has been performing his stand-up comedy shows since 2009.