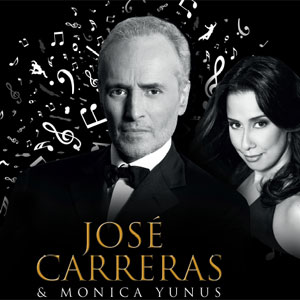 Details: A Roman amphitheatre under the stars, the inky Mediterranean as a backdrop and a serenade by one of the world’s most melodious voices – Lebanon’s Zouk Mikael International Festival returns in July 2012 with José Carreras and Monica Yunus headlining its inspiring cultural program, accompanied by the Lebanese Philharmonic Orchestra conducted by David Giménez.

The Barcelona-born opera singer is one of the celebrated Three Tenors alongside Placido Domingo and Luciano Pavarotti, known the world over for his clear and romantic tone that has been described as ‘honeyed’ for its richness and sweetness. Monica Yunus the Bangladeshi-Russian-American soprano is quickly rising in fame in the U.S. and has been described by The New York Times as an “especially winning” performer.