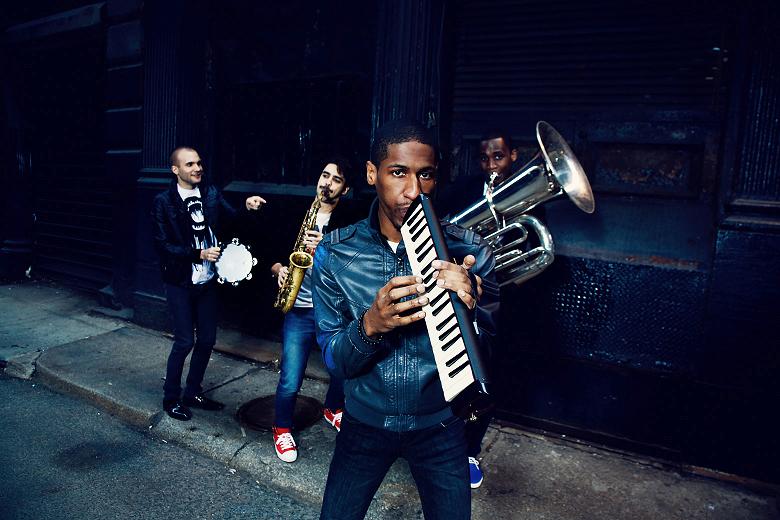 Details: At 25, Jon Batiste is considered by many to be one of the most exciting and progressive new crossover talents on the scene today.

A “Movado Future Legend” award recipient, and a “Steinway Performing Artist”, Jon has performed in innumerable prestigious events and venues across the world. His modern take on the American songbook, through the channels of a virtuosic pedigree in jazz and classical music, is attracting critical acclaim as well as audiences across all demographics. Together with his band Stay Human, Jon is creating a unique grassroots movement that encourages accessibility and appreciation in the art of the live performance.

Praised for “a voice that sparkles like the best of diamonds,” Soprano Monica Yunus thrills audiences whether in concert, recital, or on the operatic stage. She has performed on some of the world’s greatest stages with legends including Placido Domingo, Andrea Bocelli and Jose Carreras. Her performances have taken her across the globe. She is a frequent presence at The Metropolitan Opera and has made critically acclaimed debuts in opera and concert venues around the world. For her contributions to the field of arts activism, Monica Yunus has been honored to give special performances at The United Nations and the Fortune Most Powerful Women Summit, The Skoll World Forum, and received a 2009 DOHA 21st Century Leader Award in the category of Outstanding Humanitarian.

Born in Chittagong, Bangladesh and raised in New Jersey, Ms. Yunus is the daughter of Nobel Peace Prize Laureate Muhammad Yunusand the Co-Founding Director of Sing for Hope, whose mission is to make the arts available to all.