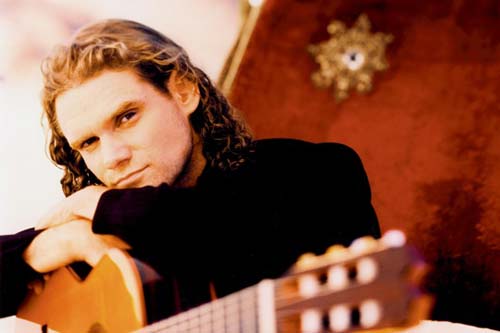 The flamboyant tradition of flamenco and rumba music is getting world recognition with charismatic Canadian guitar virtuoso Jesse Cook.
A fiery, passionate and highly energetic live performance that will sweep the audience off its feet. 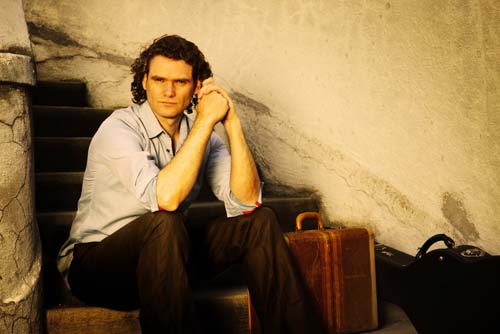 BIOGRAPHY
The flamboyant tradition of flamenco and rumba music is alive in the hands of Canadian guitar virtuoso, Jesse Cook. With eight albums released, this charismatic entertainer and his four-piece band will offer Byblos a red-hot evening of original world music.
Born in Paris in 1964 to John and Heather Cook and raised in the region in southern France known as the Camargue, Jesse Cook grew up with the sounds and influences of Gypsy music.

His mother used to play her Manitas de Plata records at home and at the age of three she found Jesse trying to mimic him with his toy guitar. This Gypsy guitar legend, made famous by his friendship with Picasso, would have an enormous impact on the young Jesse Cook.

After his parents separated, Jesse accompanied his mother and sister to Canada, Heather’s birthplace, and she soon recognized a precocious musical aptitude in her son. Lessons followed at Toronto’s esteemed Eli Kassner Guitar Academy.

Musicians often speak of influences and for Juno award winning guitarist Jesse Cook it is not so much one individual that holds a special place in his heart but a region in southern France known as the Camargue.

It was here in Arles that his father, a retired film director, lived the last ten years of his life. And it’s where Jesse spent many summers, wandering the streets among the Gypsies who inhabit the area, soaking up the atmosphere and listening to the likes of Nicolas Reyes, lead singer of the flamenco group “Gipsy Kings”, who just happened to live next door.

Informal jam sessions at his father’s house and at the annual Gypsy festival in nearby Saintes-Maries-de-la-Mer helped hone his skills. Between Arles and his mother’s French farmhouse, Toronto seemed a world away. There he continued his studies in classical and jazz guitar at some of North America’s most prestigious music schools, then attempted to unlearn it all while immersing himself in the oral traditions of Gypsy music.

This unusual dichotomy paid dividends in his wide range of musical tastes. It is clearly and continually reflected in his passion for exploration and fusion, which has helped develop the sound and confidence he exudes on stage today.

Since then, Cook has recorded eight critically acclaimed studio albums and traveled the world exploring musical traditions that he has blended into his style of rumba flamenco.

In addition to headlining concerts and festivals, he has opened for such legends as B.B. King and Ray Charles. In 2001 Cook won his first Juno Award in the Best Instrumental Album category for Free Fall (2000).

He has been nominated for two 2008 Juno awards, for his 2007 release Frontiers (World Music Album of the Year) and for his Canadian platinum-selling DVD Jesse Cook Live at the Metropolis, which captures a spectacular concert during the 2006 Montreal Jazz Festival.

Albums like Nomad (2003) and Frontiers (2007) were influenced by trips to Egypt and Spain much like his eighth album The Rumba Foundation released in September 2009, was shaped by a visit to Colombia: Jesse Cook headed to Colombia equipped with his acoustic guitar, a few song sketches and a wide open mind.

Originally Cook’s mission for The Rumba Foundation was to bring his muse – rumba flamenco music – back to rumba’s birthplace: Cuba. But then, he got in touch with Latin Grammy winners “Los Gaiteros de San Jacinto”, a traditional Vallenato group that makes their own instruments, and was invited to Colombia.

Most recently, Cook was named the silver medal winner in Acoustic Guitar magazine’s 2009 Player’s Choice Awards. But for Jesse Cook its not awards that drive him. Live concerts remain his lifeblood and at the age 46 he is still on the go.