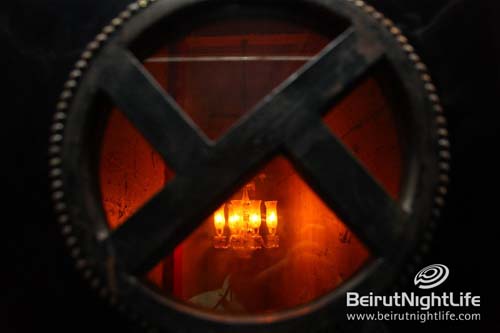 Music has played a major role in who Hasan has become today. Setting off to a musical beginning by learning the piano at a young age, Hasan constantly knew music was going to be something that will always be around or at least he wanted it to be.

Setting off for University in the U.S in the year 2000, he developed a new found love for electronic music. This evolved as Hasan made frequent visits to Chicago, where he ignited his interest in its rich dance music culture. The legendary Crobar was by far one of the greatest influences on Hasan’s view of music and DJing. Returning to Jordan in 2003, Hasan instantly entered the scene and scored big with a residency at Shaman, one of Amman’s more upscale night spots. He flooded Shamans Blue Room with everything from techno, tribal, and progressive house to his choice cuts of trance and break beat’s.

In 2004, Hasan moved on to be the resident dj at Amman’s leading underground dance club at the time. There he played alongside names such as Deep Dish, Behrouz, Danny Howells, Hisham Samawi, Sultan, David Tort, Gordon Edge, Barry Gilbey, Robert Owens, Ayah, Fady Ferraye, Andrew k, Eelke Kleijn, Pacha Ibiza residents Sarah Main and Andy B rejuvenating Amman with a regular dose of tech-house, progressive and electro. In 2006, Hasan decided to leave his residency to focus on his career and productions.

Since then, Hasan was booked to spin alongside names such as Desyn Masiello, Omid 16B, Demi, Max Graham, Yvel & Tristan, Pete Tong, Audiofly & the legendary John Digweed. Constantly spinning across the region at major clubs in Beirut & Amman, Hasan’s developed sound can be described as nothing other than techy, deep and groovy using sensual melodies, dirty basslines and epic musical journey’s. Hasan has also been booked to play at major festivals in the region such as Distant Heat. This year he was booked to open the event feat. Glen Morrisson and Armin Van Buuren as well as play the infamous Club NL in Amsterdam.

Currently Hasan delivers a 3 hour electronic show called “The Juice” on one of Jordan’s top radio stations “Spin Jordan” and has featured guests such as Markus Schulz, Nicole Moudaber , Micky Galliano, Chris Fortier along with an array of talented names from the region. He is also constantly having guest spots on major online radios such as Frisky Radio. Recently he also teamed up with Greek artists Tim and Andi Vasilos releasing tracks on labels such as Spinifex Recordings & Bug Eyed records with more to come. Considered as one of the regions leading electronic artists, Hasan is keeping up with his music, churning out his own tech-edged material, and spreading his love for music.