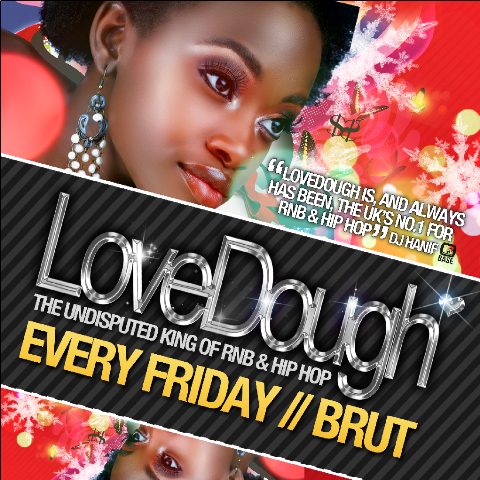 Taking over Beirut every Friday night…

Bringing a whole new experience of clubbing to Brut…

On Friday 19th of March

We’re flying in another exclusive DJ straight from the UK…

DJ G Child Having supported Kanye West, Timbaland, Nelly, Fat Man Scoop, Ja Rule and Christina Milian on tour, G Child is no stranger to mixing for the stars! He has also produced a mix CD for Def Jam UK that was hosted by Tim Westwood and a mix CD to showcase NeYo’s debut album. G Child continues to develop his career and last year formed production duo ‘Reaver’. They have had a very successful year remixing for the likes of Rihanna, Ciara, Bobby Valentino, Mims and Sean Kingston.

There is only one word to describe LoveDough every Friday, sensational!