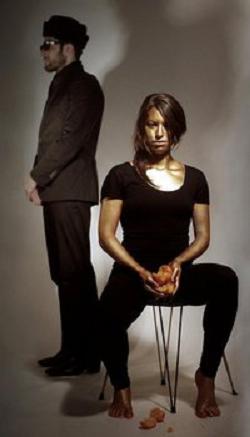 Of the players involved in the recent resurgence of fingerstyle guitar, Harris Newman has established himself as a primary envoy on the modern day steel-stringer shortlist. As is the case with his brother-in-arms Jack Rose, each of whom borrow from past traditions of mavericks Fahey and Basho but have re-invented the sound and style with fresh perspectives, Newman distinguishes his music even further with an idiosyncratic sound. Extracting elements of folk and blues and exposing it bare, Newman dresses up his music in cinematic, ‘post-rock’ attire. Accessible solo guitar music for the experimentally minded, a meditative electro-acoustic melding of Leo Kottke and Jim O’Rourke, illustrate why Newman’s own take on the tradition sets him apart from the pack.

Jerusalem in My Heart

Radwan Ghazi Moumneh and Malena Szlam give you Jerusalem, from their heart.

MoHa! consists of two young men from Stavanger, Norway. They have been working together since 1998 in various corners of experimental music and in different settings. 2004 saw the dawn of MoHa! as a duo. Their first release on Rune Grammofon was ‘Raus aus Stavanger’ in 2006. The release gained a lot of national and international recognition. Their second album ‘Norwegianism’ was regarded as one of the best records of the year in 2007 under ‘outer limits’ in The Wire. The music was back then described by BBC as “funky heavy metal musique concrete”.