The Harlem Globetrotters Live In Lebanon 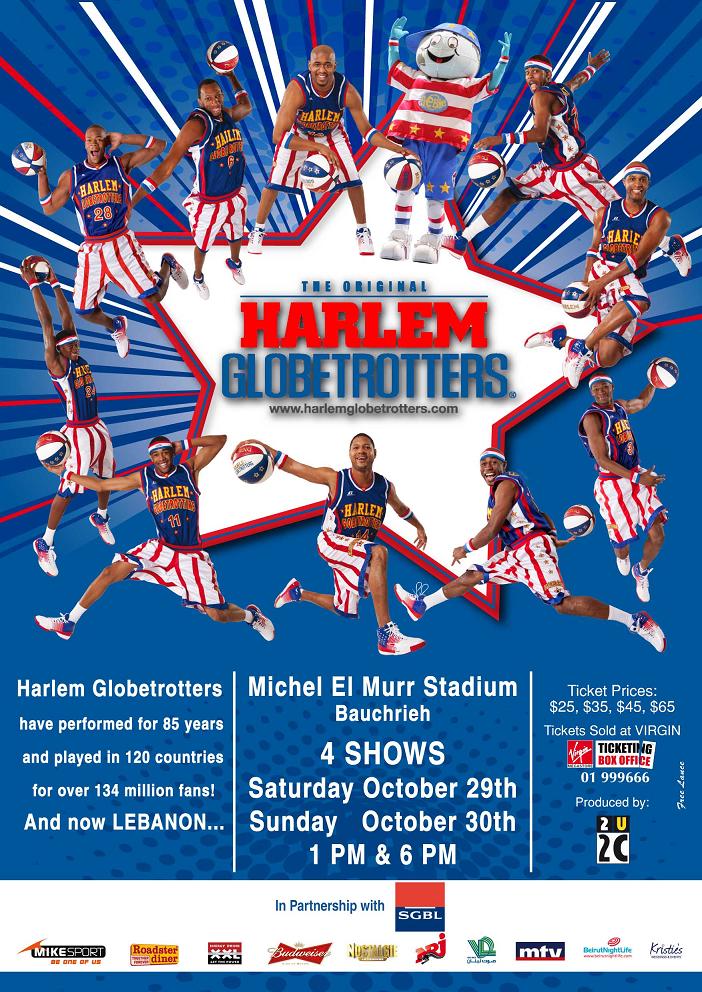 Details: Throughout their history, the Globetrotters have showcased their iconic talents in 120 countries and territories on six continents, often breaking down cultural and societal barriers while providing fans with their first-ever basketball experience. Proud inductees of the Naismith Memorial Basketball Hall of Fame, the Globetrotters have entertained hundreds of millions of fans—among them popes, kings, queens, and presidents—over more than eight thrilling decades.

Family event, for all ages…

The original Harlem Globetrotters have performed for 85 years and played in 120 countries for over 134 million fans.. And now in Lebanon

Tickets on sale at all Virgin Ticketing Box Office 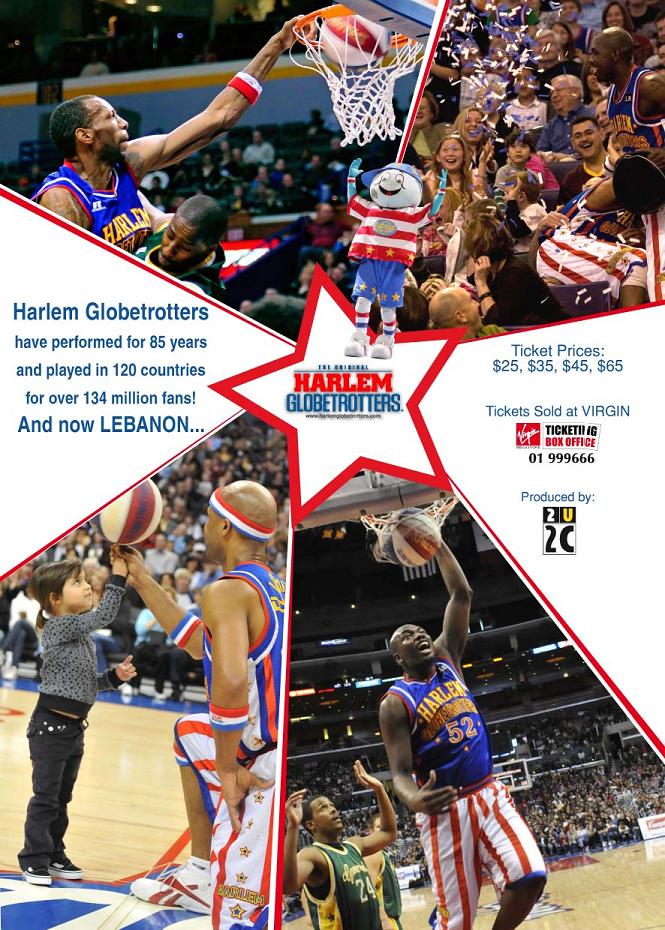