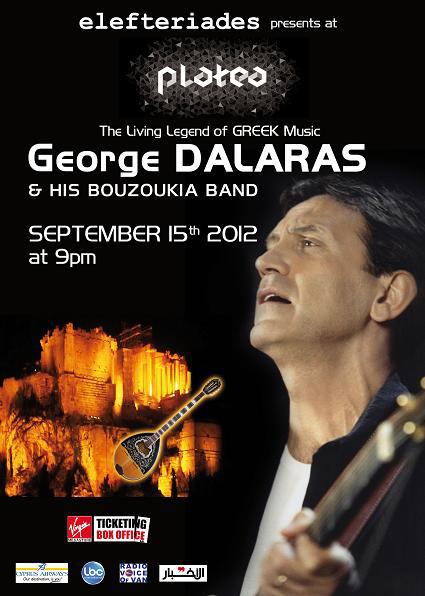 Details: The Living Legend of Greek Music GEORGE DALARAS & his Bouzoukia Band in concert in Lebanon.

Bringing the world to Greece and Greece to the world, George Dalaras has recorded over 120 albums and sold over 14 million records. Touring extensively throughout the globe, he has presented his music in the most prestigious international venues. To date, Dalaras has performed in thousands of concerts, over 500 of which outside of Greece and has filled stadiums with audiences gathering up to 160,000 viewers. Come celebrate life, music and Greece with George Dalaras and his Bouzoukia band, on September 15th at Platea Jounieh.