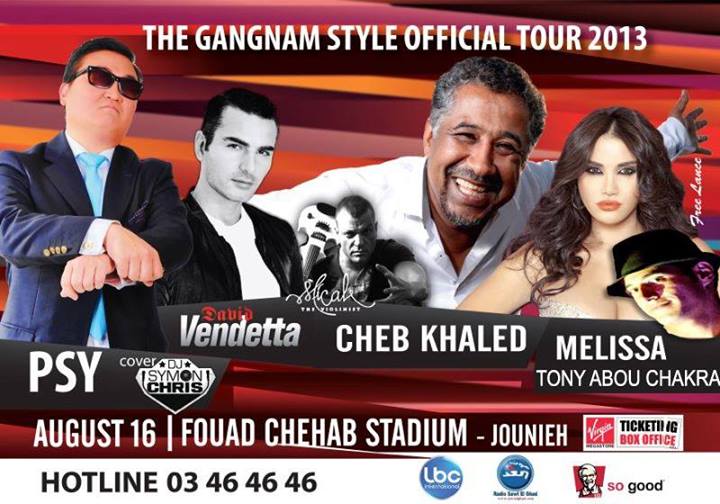 Details: Ladies & Gentlemen, are you ready for the BIGGEST EVENT THIS SUMMER?

Golden Cage: 70$ Including 2 Premium Drinks + Seated Area Next To The Vendetta & Cheb Khaled

An event that will take Lebanese Clubbers into a whole new world, a world of music inspired by…

Since emerging on the House Music scene several years back, David Vendetta has kept himself busy focusing on every aspect of the industry.

David Vendetta has already started this year with a release featuring the iconic London Beat ‘I’ve Been Thinking About U’, a great Vocal Mix with singer Sylvia Tosun, titled “World Keeps Turning” which was 6th at TOP 100 Progressive House on Beatport the first week of release!

Then there’s the collaborations that he is working on with several female vocalists, including Ukrainian singer Oxana and Laura V, the voice who brought us Chris Lake’s universal Dance Music hit, “Changes”.

Being a jack-of-all-musical trades isn’t easy, but Vendetta manages to find the perfect balance between producing and gigging, making him a true House Music star.

Another Star that will light up Fouad Chehab Stadium is the Algerian raï singer-songwriter and multi-instrumentalist… CHEB KHALED !

Cheb Khaled’s signature song, “Didi”, became extremely popular in the Arabic-speaking countries and also in several other continents, including Europe, where it entered top charts in France, Belgium and Spain, and in Asia, including India and Pakistan!

Cheb Khaled will be performing his biggest album so far, C’est La Vie, the album that sold a million copies in the European market after only two months. The album contains a message of tolerance, love and peace, staying away from the themes of conflict that many other artists in the Arab world explore

And last but not least … Your Number One Bartender TONY ABOU CHAKRA !

Tony Abou Chakra took the Fire Show concept into a whole different level! Dancing and Flaring with 1,2,3,4,5,6 & 7 bottles at the same time! he has been renowned as the Lebanese Number 1 Bartender for the past 7 years