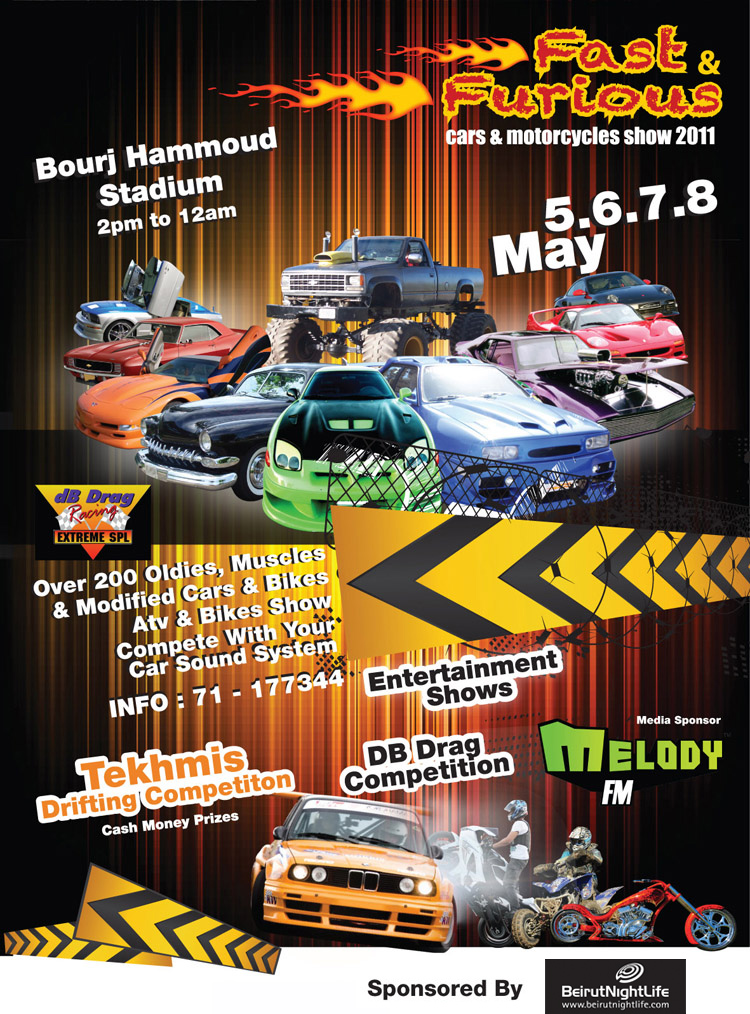 Details: Beirut, April xx, 2011: Following the success of the 2010 edition of the Fast & Furious, the fun, action and thrill is back again this year, only this time it’s going to be bigger, faster and more furious!

Last year’s event attracted well over 23000 people who came to watch the various outstanding shows and competitions, under one theme, Fast & Furious, a one of kind event organized by Oceans Events. The event is set to take place on May 5, 6, 7 and 8, 2011, in a new and bigger location.

But for the first time in Lebanon, a special ring is set up for spinning and drifting competitions, ATV drifts and stunt bikers. Imagine the excitement and thrill.

Not to mention, Fast and Furious, this year has the license for the dB drag racing competition, which means that we will be rewarding the person who can produce the loudest sound inside a vehicle. (The “dB” means decibels of sound pressure level – SPL).

Fast & Furious has the stage open to the public to perform with their different talents including dancing, singing, rap, hip hop and much more.

Don’t miss out on the chance to be a part of one of Lebanon’s most exciting events of the year: Fast & Furious!