Exhibition And Book Signing Of 19 Years Later By Christian Ghammachi 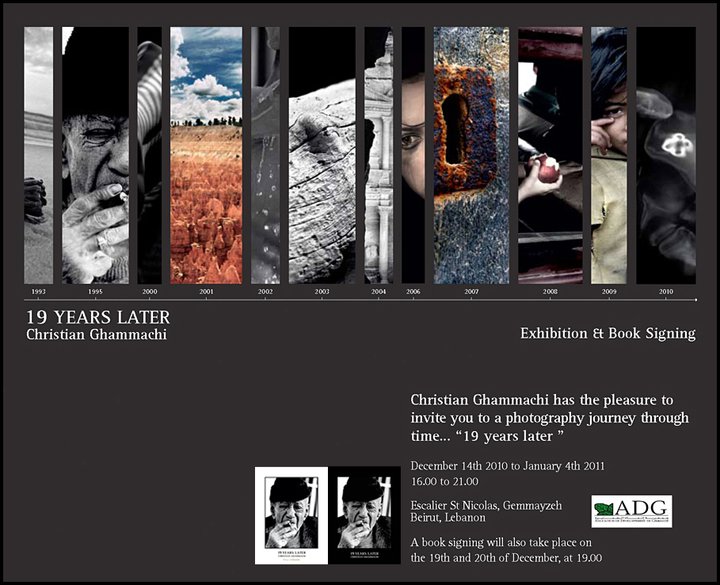 Details: “19 Years Later” is a photography exhibition, where Christian Ghammachi invites us to embark on a visual journey through space and time and tells the compelling story of his relationship with photography.

The indoor and outdoor exhibition will be taking place at “Gemmayzeh Steps” (Escalier St Nicolas) from December 14th 2010 until January 4th, 2011.

The photographer showcases his favorite photos, which encompass a large variety of subjects, portraying people he met on his path, depicting places he visited and traveled to, illustrating his perception of beauty and emotions.

This event shines a spotlight on the importance of believing in one’s passion, and making the most of it.

For further information on the exhibition, the book, and the photographer’s future plans, please contact our office in Beirut, Tel: +961-3-345647/ [email protected]