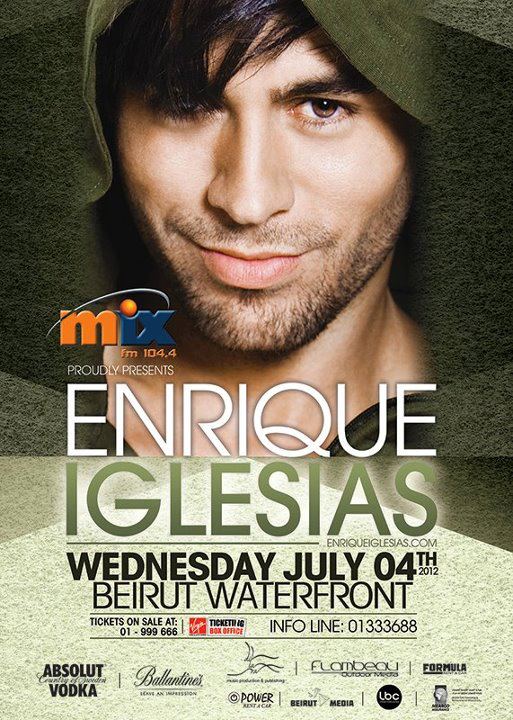 And as if that wasn’t enough, he’s been voted the 3rd Sexiest Man Alive!

He’s every girl’s dream guy,
The man who has it all!

His Latino grooves and sexy Spanish moves have people hooked all over the globe!

Collaborated with the biggest names in the music business from Whitney, to Usher, to Lil Wayne!

On July 4th and just before he jets off on a world tour with Jennifer Lopez, he’s stopping by to perform his greatest hits in Lebanon!

Including: Hero, Bailamos, I Like It, Love To See You Cry, Dirty Dancer, Tired Of Being Sorry, Tonight (I’m Loving You), Be With You, Heartbreak, Could I Have This Kiss, I Like How It Feels, Not In Love, Escape – and much more!

Adored across the globe, known for his outstanding concert performances!

On sale at all Virgin Ticketing Box offices