Documentary from “12 Angry Lebanese”: a film by Zeina Daccache 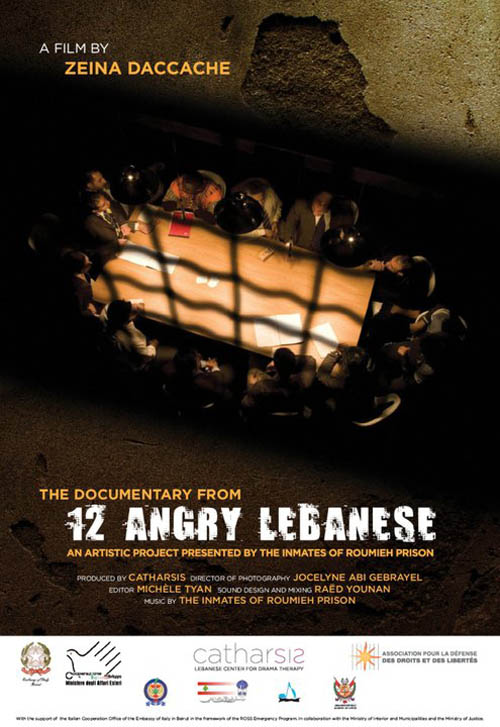 CLDH cordially invites you to the screening of the documentary from “12 Angry Lebanese”, which will be released theatrically for the first time in Lebanon at Metropolis Empire Sofil.

A theatre director, specializing in working with disadvantaged and traumatized people, Zeina Daccache struggled to set up Lebanon’s first prison-based drama project in the country’s notorious Roumieh Prison. For 15 months, 45 inmates, some completely illiterate, found themselves working together to present an adaptation of the famous stage play ’12 Angry Men’, here re-named ’12 Angry Lebanese’. In the film, the drama therapy sessions, the interviews with the inmates, and the interaction with both director and audience, convey a message of hope, forgiveness and change.
Through their artistic journey, these “murderers, drug dealers and rapists” reveal kindness and faith in life. Inspiring and honest, this account of the prisoners’ journey demonstrates the positive effect of drama therapy and the positive effect on some of the most ostracized individuals in society.

In July 2010, the film will be touring in Australia in the frame of the Arab Film Festival

Catharsis – Lebanese Center for Drama Therapy is the NGO who produced and implemented the pioneer artistic project 12 Angry Lebanese that was presented by the inmates of Roumieh Prison in 2009. Catharsis mission is to promote and offer therapeutic actions through the use of art and theatre processes for persons and groups especially by means of Drama Therapy.