Cutee B And Gums Performing Live At Pier 7 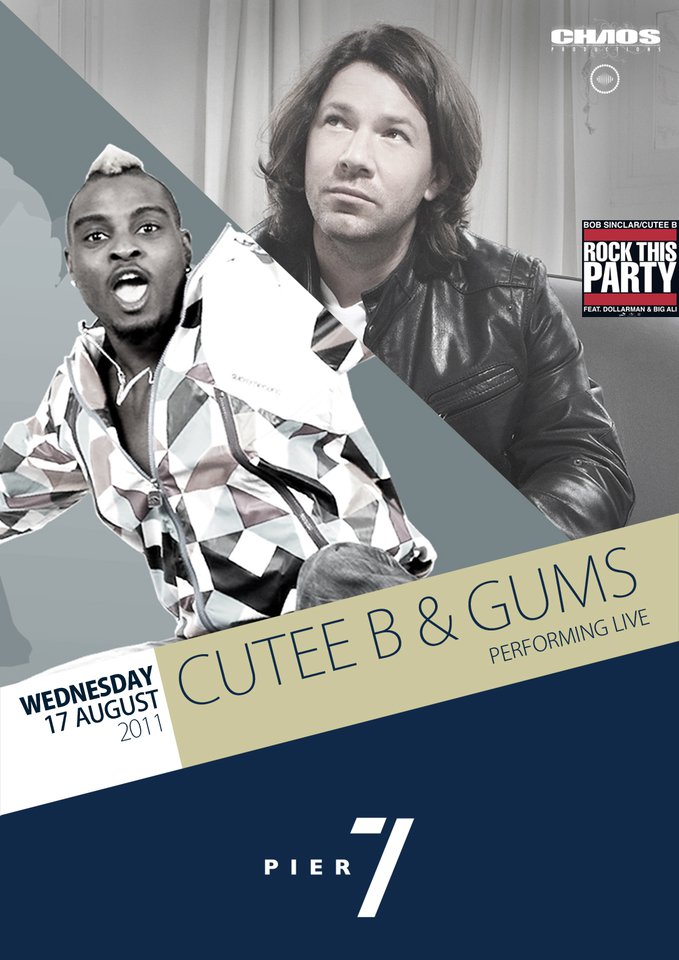 Name: Cutee B And Gums Performing Live At Pier 7

Details: Wednesday 17th of August, French vice champion, DJ and producer Cutee B along with MC Gums will play live at Pier 7. Scratcher of the furious mélange of Hip Hop and African music, alchemist and boundaries’ breaker of all genres, Cutee B, following his massive success with Bob Sinclar will “Rock This Party” hand in hand with electrical and hybrid MC Gums for all the Hip Hop and House music lovers live at Pier 7 on Wednesday 17th of August.