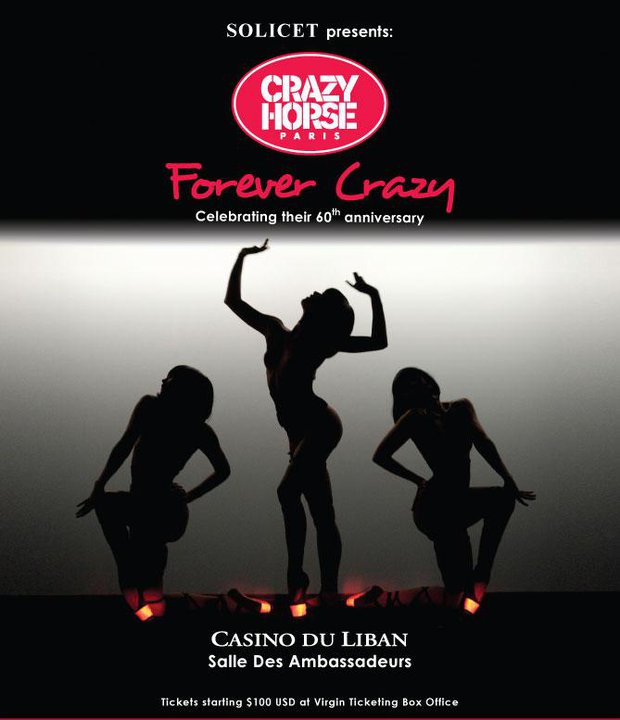 The show combines dazzling dancers acting out univer…sal fantasies making it hard to determine where skin ends and the reflections begin…this high end world class sensual performances engage the imagination as much as the eye!

The 80 minute show is on the cutting edge of art & entertainment and consists of naughtily delicious and surprising choreographic acts, sensually performed by a total of 10 Crazy Girls.

Forever Crazy was conceived as a tribute to Alain Bernardin, the founder of the Crazy Horse. The show fully preserves the cabaret’s artistic heritage while adding a touch of modernity, humor and sophistication

Tickets are available at Virgin ticketing at Virgin Downtown, ABC Ashrafieh and at Casino du Liban.