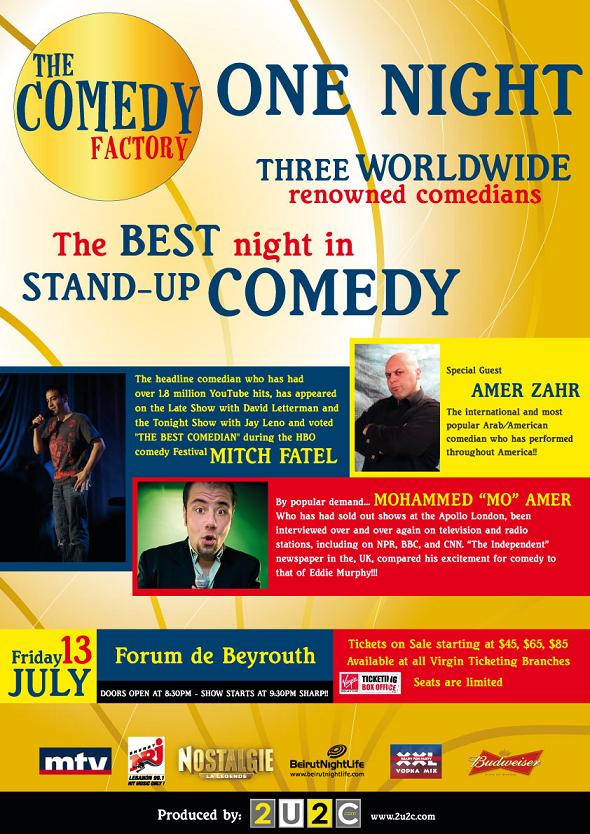 Mitch Fatel: The headline comedian who has had over 1.8 million YouTube hits, has appeared on the Late Show with David Letterman and the Tonight Show with Jay Leno and voted “The Best Comedian” during the HBO comedy Festival.

Mohammed “MO” Amer: Who has had sold out shows at the Apollo London, been interviewed over and over again on television and radio stations, including on NPR, BBC, and CNN “The Independent” newspaper in the UK, compared his excitement for comedy to that of Eddie Murphy!!

Special Guest Amer Zahr: The International and most popular Arab/American comedian who has performed throughout America!!

Available at all Virgin Ticketing branches.