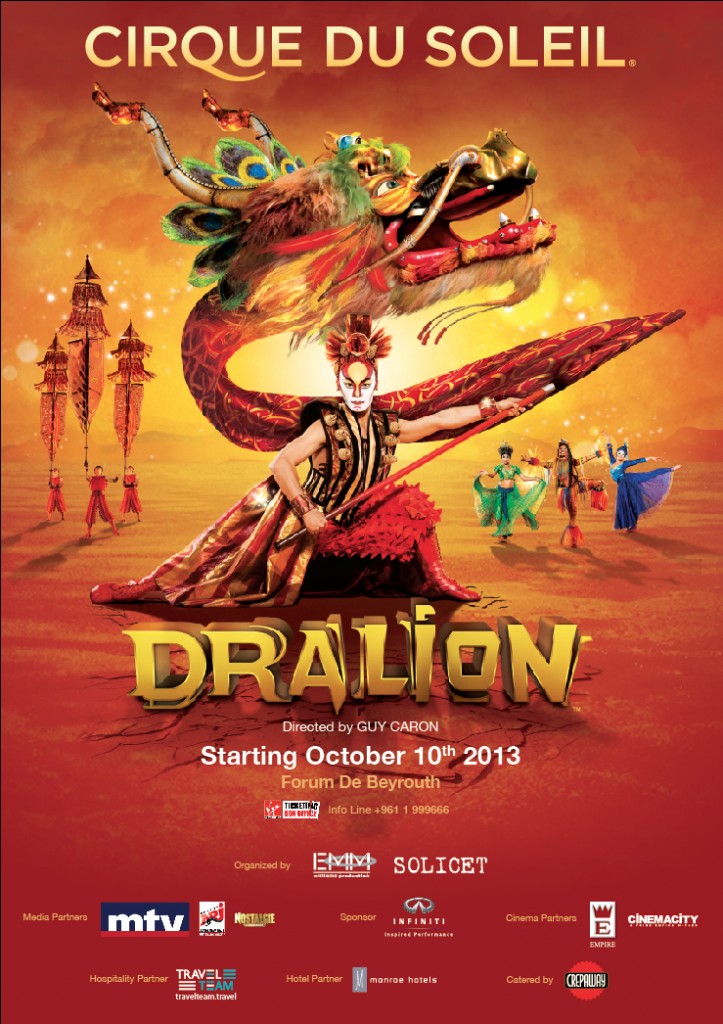 Details: Solicet is proud to announce that Cirque du Soleil will be returning to Lebanon with a new show “Dralion.” Dralion will be performing multiple shows, in Beirut, starting October 10, 2013 at Forum de Beyrouth.

Fusing the 3000 year-old tradition of Chinese acrobatic arts with the multidisciplinary approach of Cirque du Soleil, Dralion (pronounced “Dra-lee-on”) draws its inspiration from Eastern philosophy and its never-ending quest for harmony between humans and nature. The show’s name is derived from its two emblematic creatures: the dragon, symbolizing the East, and the lion, symbolizing the West.

In Dralion, the four elements that govern the natural order take on a human form. Thus embodied, each element is represented by its own evocative color: air is blue; water is green; fire is red; earth is ochre. In the world of Dralion, cultures blend, Man and Nature are one, and balance is achieved.