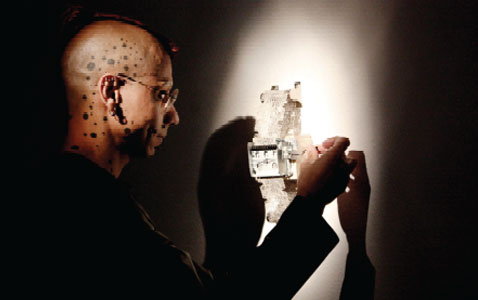 His movie works include musical scores for Sergei Eisenstein’s Strike (2006) and The Battleship Potemkin (2009). He composed the soundtrack for Atalodz, an experimental short film directed by Gisèle Pape, and won the prize for the best soundtrack at the ‘Côté Court’ festival in Montreuil, France in 2008.

C-drík also runs the mastering studio and record label Syrphe, dedicated to electronic and experimental music from Africa and Asia, as well as its sub-label Textolux.

He has performed and given lectures in 40 countries and on nearly every continent. His research focuses on experimental and electronic music in Africa and Asia, and he is currently writing a book tracing artists from those continents from 1944 until now.