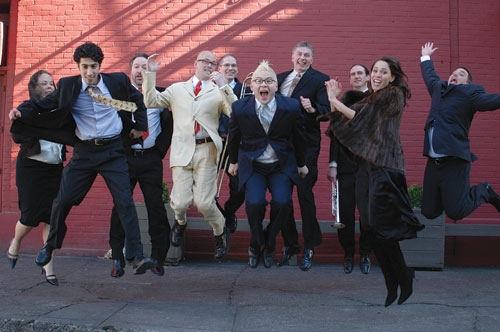 Pink Martini is a 12-member “little orchestra” from Portland, Oregon, formed in 1994 by pianist Thomas M. Lauderdale. They draw inspiration from music from all over the world – crossing genres of classical, jazz and old-fashioned pop. Band leader, Thomas Lauderdale describes the band’s sound as “music of the world without being world music. If the United Nations had a house band in 1962 hopefully Pink Martini would be that band. “My hope is that we’re creating exquisite musical wallpaper which can be turned up or down, and played on almost any occasion, from background music to a love affair to vacuuming around the house.”