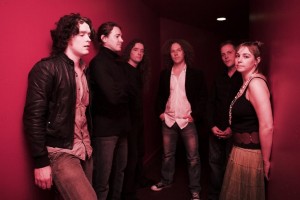 Following the huge success of the Beirut Rock Festival 2009, which was attended by more than 3,000 spectators from Lebanon, Syria, Jordan and the UAE, ANATHEMA will return to Forum de Beyrouth September 18th as part of their 2010 European tour. They will be supported by Absolace, a breakthrough progressive rock metal band that have just released their debut album – Resolve[d]. The concert will thrill their growing legion of fans across the Middle East and beyond.

Liverpool’s Anathema have released 8 studio albums since 1990, as well as 5 additional records.
They would stay true to their doom metal roots until their third studio offering, Eternity (1996), which signaled a transition to a more melodic, atmospheric and progressive genre of rock. The transformation earned Anathema a great deal of attention from mainstream media such
as MTV, as well as comparisons to industry giants like Pink Floyd, Jeff Buckley and Radiohead. Their long-awaited follow-up to A Fine Day To Exit and A Natural Disaster, We’re Here Because We’re Here, was released in May 2010.

A monumental event that rock fans in Lebanon and the Middle East will not want to miss!

Tickets are on sale in all Instruments Garage branches.