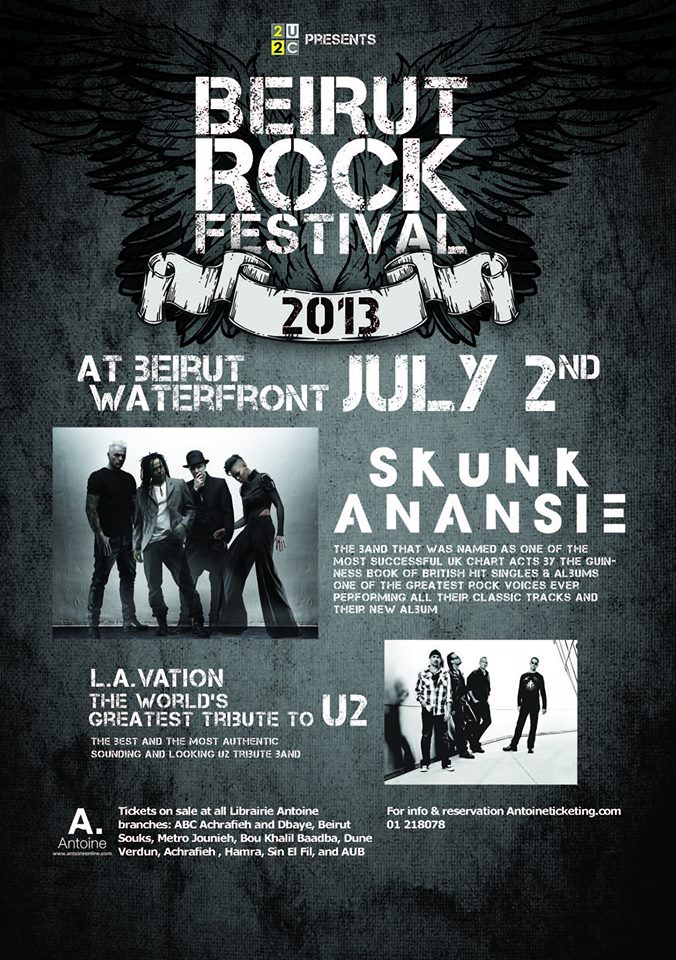 The Beirut Rock festival and 2U2C has vowed to always support and promote the Lebanese Rock scene.
The bands that opened in all the Rock Festivals throughout the years were:

And this year is no different!!
We set up a poll and you voted for your favorite upcoming Lebanese band to open for the Beirut Rock Festival 2013:
►►► The Coolcumbers!

And also taking part in of the rock festival, well established Lebanese Bands:
►►► NEAR SURFACE and
►►► PINDOLL!

On july 2nd you are in for a night that will rock the center of Beirut with:
►►► L.A. Vation, the best and most authentic sounding and looking U2 tribute in the world,

And headlining the event:

►►►Skunk Anansie the band named as one of the most successful UK chart act by the Guinness book of British hit singles and albums.

Grab your tickets right now at all Librairie Antoine branches or online at antoineonline.com
The Beirut Rock festival is sponsored by: