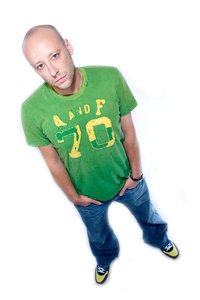 Master Dam is one of the most talentuous French Dj and producer.
He has lived in Amsterdam for several years and he discovered this groovy house and pumpin sound, On his return in Paris in 2003 he founded the party « SATISFY » he had the pleasure to invite and play every month during 6 years the biggest DJ : Nic Fanciulli, Sander Kleinenberg, Steve Lawler, Behrouz … in the best Parisian club “REDLIGHT”.

Regarding the production he released his first EP in 2006 on Moguai’s Label in Germany “PUNX Rec”, which has also been playlisted on the Official Compilation of Love Parade There were also “Reach” in 2007 that was played several times on the famous radio BBC1 But his biggest success is probably his remix of Paul Johnson – Music In Me (Paradise / DJ center) that has remained all summer 2009 in General TOP 100 Beatport, Playlisted by Fedde Le Grand, Mark Knight … … and compiled on Amnesia Dance Floor 2009 and Pacha Ibiza.

His talent and his determination to work allows him to play all around the world (Ibiza, China, Las Vegas, Paris ….) but also to sign his production and remixes on the biggest label as Pacha Rec, Starlight Music DJ Center paradise … etc
He is also resident on the famous radio fg (underground fg) and dj for the brand “Denon DJ”

The year 2010 promises to be explosive with great releases planned including Perfect Day signed on Pacha Rec, the remix of « chris garcia – the rhythm of the night » which is already hugh in US and the remix of « colita» produced by the henchmen on on the best italian label starlight Music………