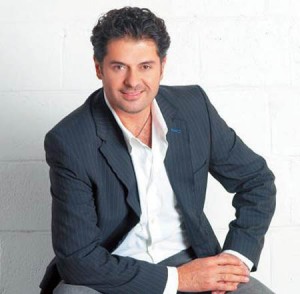 Ragheb distinguished in singing in his early age and his courage. Ragheb took up playing the Oud and participated in a live radio program when he was 8 years old.

Ragheb Alama was a star among his school friends. He used to participate in school activities to sing on stage.

At that time, his biggest achievement was participating in the most important program on TV for talents called Studio El Fan. In which his friends encouraged him to participate in. He achieved the Platinum Award in that program.

His first song was “Bokra Beyobrom Dolabik”. Afterwards, he started to show on TV and his name started to rise gradually.

His rise to fame started in 1982. He was the star of several festivals, both Arab and International, such as at Carthage, Jerash and the City Lights Festival in Egypt. His awards include the Key of Detroit, that of the City of Sydney, a platinum disc for his album Albi A’she’aha and Egypt’s Oscar for Video Clip “Alamtini”, Best Arabic Male Singer in the Arabian World Gold Lion in 1998.

He has released around 15 albums since the early 1980s. His first successful album which remarked the debut of his career internationally was “Albi A’she’aha”, which was also the first professionally shot video clip in the Arab World. Since then, Ragheb’s albums achieve the top ranking in sales such as Ya Hayaty, Bravo Aliki, Farq Kbeer, Habiby ya Nasi, Tab Leih,El Hob El Kbeer and “Ba’sha’ak”. In addition, Ragheb’s concerts were the most wanted and the most turnout among all.