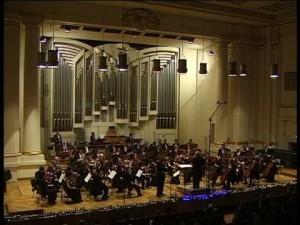 The Orkiestra Sinfonietta Cracovia ranks among the leading Polish and European orchestras. The 68 musicians performing on stage will be conducted by the great composer Maestro Krzysztof Penderecki who was granted in 1960 a trophy from European countries for his avant-garde composition Threnody to the Victims of Hiroshima for string orchestra. This success was followed by acclaim for his choral St. Luke Passion that was later played in Baalbek in 1971. He has also won prestigious awards including Grammy Awards in 1987,1998 and 2001, as well as the Grawemeyer Award for Music Composition in 1992.