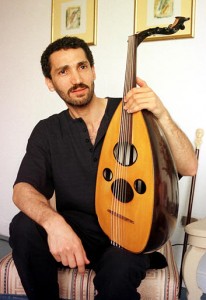 Naseer Shamma is today one of the most esteemed and prolific oud musicians. Since he started his professional career, he has been composing his own music, giving concerts in various parts of the world and winning a number of international awards and prizes. He is the only musician to have constructed an eight-string oud or lute following the manuscript of the famous 9th century music theorist Al-Farabi. Naseer Shamma will perform at the Baalbeck International Festival with the House of Oud Orchestra (30 musicians) for one unforgettable night.