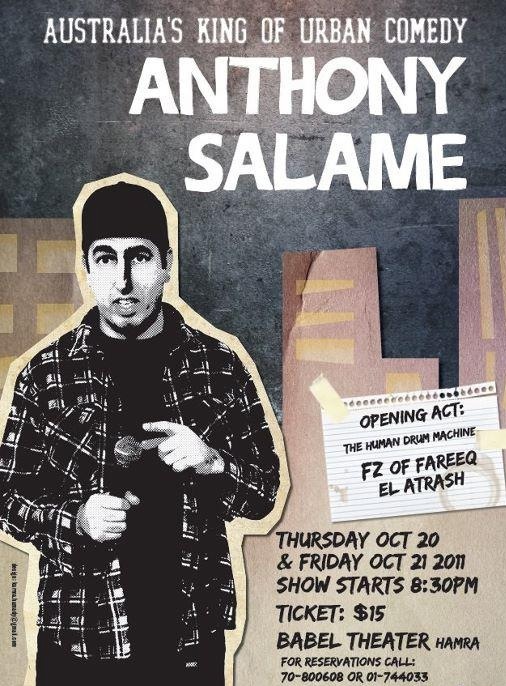 Details: Australian comedic genius Anthony Salame will be baring it all in Beirut, bringing you his hilarious show live at Babel Theater for 2 nights only, on Oct 20 & 21.

Australia’s king of urban comedy, who began performing comedy in 2005 and has steadily built an army of fans with his cheeky dialogue, clever observations and energetic performances, has cooked up a special show for all comedy lovers combining some of his old much-loved sketches, and some new side-splitting material.

Featuring Stand up Comedian George Tarabay from ” Lebnanese E7 ” and an Opening Set by MC Zeinedin bringing you Lebanese Hip Hop at its most advance and rawest form.

This one is a must, so mark your calendars and get ready to laugh your heads off!