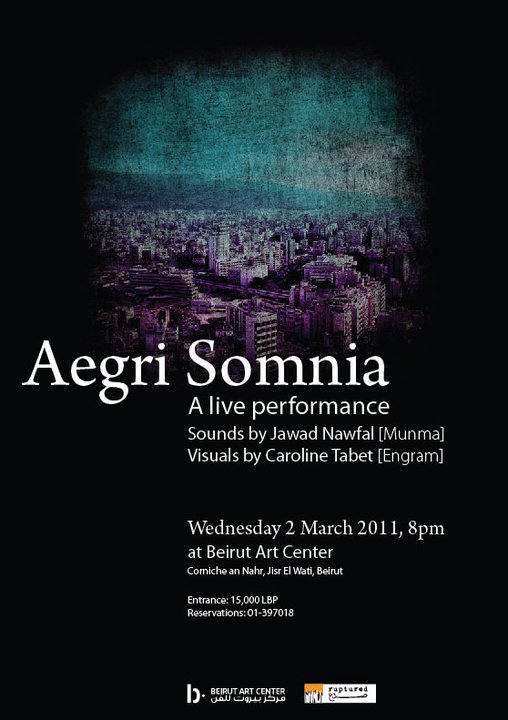 Born in Beirut in 1978, Jawad Nawfal undertook audiovisual and film studies at the IESAV Institute in Beirut and chose to specialize in sound design. In 2001, he formed ALTERED EAR, a laboratory of sound research and composition, based on the desire to explore and link several means of computer-assisted musical writing.

MUNMA was created by Jawad Nawfal in the aftermath of Israel’s war on Lebanon in the summer of 2006. The band’s approach focuses on oriental harmonies and rhythmical patterns, with a strong reliance on sampled traditional musical beds, excerpts from radio speeches and an overall somber mood.

ENGRAM was founded in Lebanon in 2003 by photographers/artists Joanna Andraos and Caroline Tabet. The Engram platform aims to produce photographic series, as well as installations combining photography (both silver gelatin and digital) and video.

Explorations of the process of memory and disappearance feature extensively in the two photographers’ projects; the latter construct themselves around factual or fictional events, and transcribe via images a concept or narrative akin to cinematographic editing.