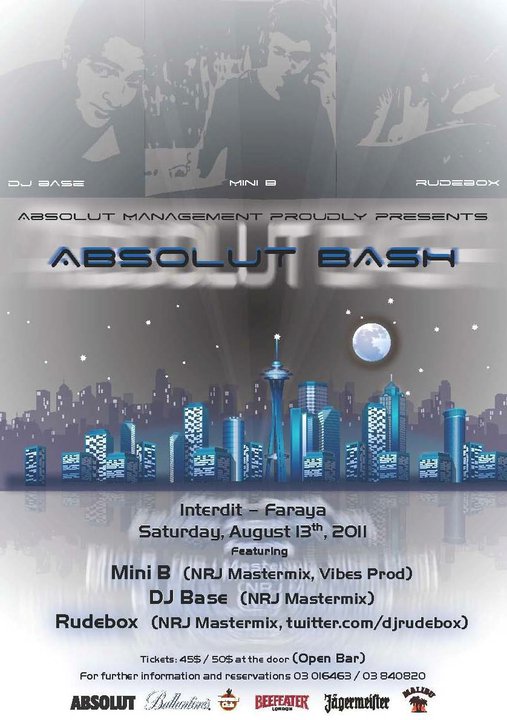 An event you don’t want to miss, saturday 13th of August at the one and only Interdit (Faraya) with a unique DJ lineup.

Mixing nowadays at the biggest clubs, and the biggest events, alongside the biggest names in the DJ scene , he played alongside Greg Parys , Akcent , Debi Nova and many more at the NRJ Music Tour.

Rudebox hosts his weekly “Rude Sessions” on NRJ Mastermix , airing every Saturday nights at 11pm. He also held a regular residency at The Basement (Beirut’s most active club) among appearances at different venues and events around the country.

L’Interdit management holds the right of admission at the door .

This event is sponsored by: