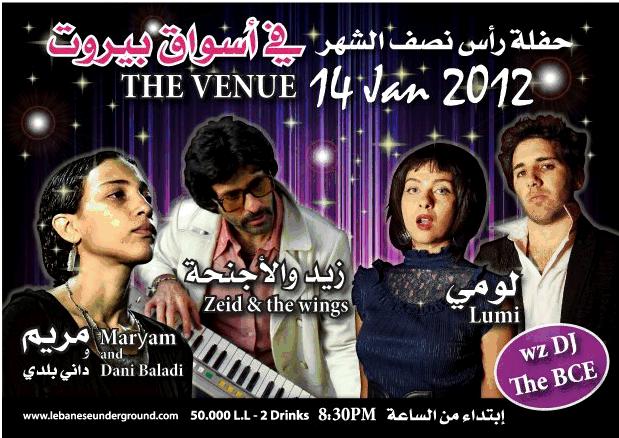 Details: 4 almost “mainstream” acts are invited to the Beirut Souks on Saturday the 14th of January 2012.

Introducing :Maryam Saleh , the rising star of the Egyptian underground  along with Danny Baladi who gives us a new interpretation of arabic classics on electro orchestrations

Zeid and the wings , Arabic folk, reggae , rock and electro songs with an edge thanks to the blending of harmonic vocals with innovative beats

The BCE will be Djying untill dawn…