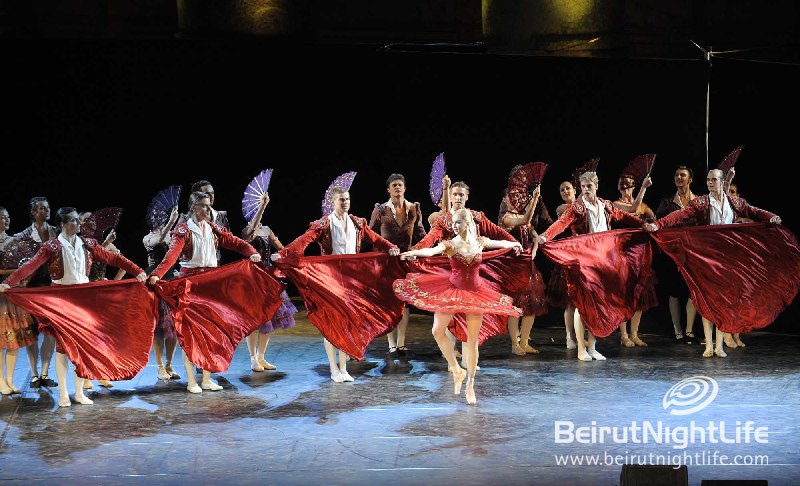 After their brilliant performance at Baalbek in 2010, the Boris Eifman Ballet Theatre of Saint-Petersburg came back back this year to present the magnificent ballet Don Quichotte or fantasies of a mad man.

“Don Quixote, or Fantasies of a Madman” is one of Boris Eifman’s most enjoyable works, brisk storytelling and lively dance that gingerly sends up classical ballet while providing a reasonably fine modern equivalent.

Eifman wakes up the old art like few others, loyal to the tradition while boldly updating its look. In “Quixote,” he finds the perfect metaphor, encasing his hero in a framing plot as inmate of an asylum, a way to be faithful to Miguel de Cervantes themes. Not only is this Quixote — danced with brittle zeal and bursting energy, but the approach allows Eifman to craft an earnest plea for the imagination, a lustrous salute to the vision and suffering of all artists.” (Chicago Tribune, April 2011)