BeirutNightLife.com Laughed Out Loud with Joseph Azouri Live at DRM 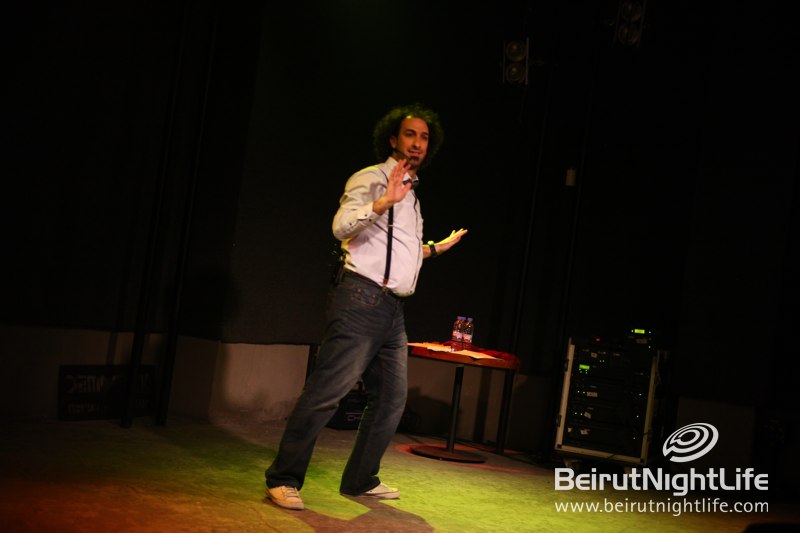 Comedy fans are used to seeing Lebanese funny man Joseph Azouri on stage, in Jounieh where he frequently performs, this time fans were able to laugh out loud to his jokes in Hamra, Beirut. He chose to perform his newest material at the awesome venue, DRM. The large club was fully booked for the show to the point that some guests, who refused to miss the performance, stood up for the full length of the show.

Without giving too much of his act away, Joseph Azouri touched on subjects such as hilarious things Lebanese people do on a daily basis, he continued to harmlessly crack on Lebanese culture by questioning certain sayings that Lebanese people express, which he finds extremely random. He also joked about the local TVCs, for another segment of his show Joseph explained in caricatures about lousy cellphone service.

Along with Beirutnightlife.com, numerous known faces in the entertainment business showed up for a laugh, including fellow stand up comic Joe Kodeih, as well as actors Carlos Azar with Joelle Dagher and more. It was a great night of laughter at DRM.

Newer Post Sin Was A Pleasure During Valentine’s Day at Iris
Older PostAre Chris Brown and Rihanna Getting Back Together?