In one night, 14 cities from around the world were part of a massive cultural exchange of nightlife expertise with Smirnoff vodka. 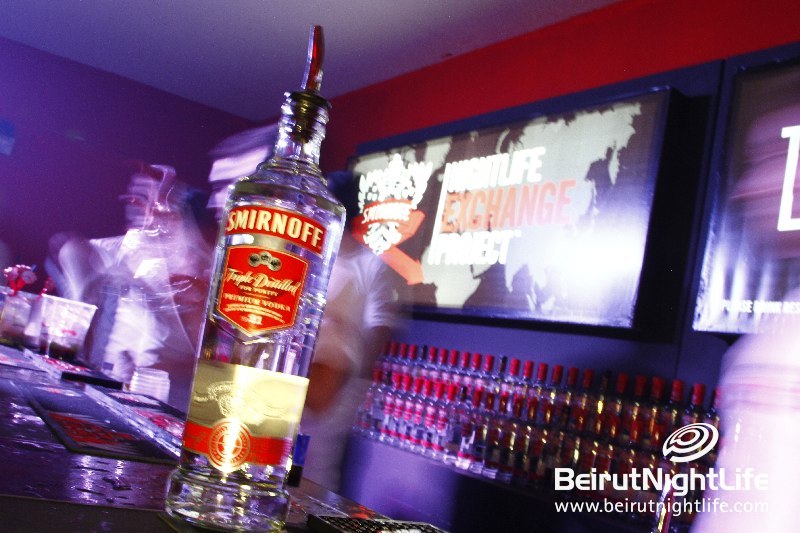 From Australia to Canada, Brazil to Thailand, Poland to South Africa, countries from the four corners of the world were swapping the best of their nightlife with their sister cities as part of Smirnoff’s unique Nightlife Exchange Project. 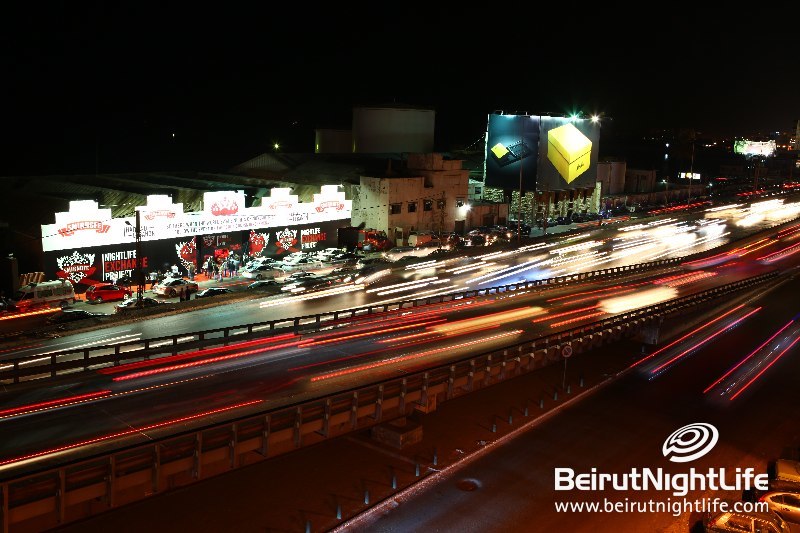 Beirut’s lucky sister-city was Bangkok, Thailand. Our crate full of our nocturnal ideas was shipped to Bangkok, and their crate arrived to Beirut full of unique Thai nightlife experiences and talents.

Beirut’s Bangkok party was held in the original Vivre Gallery, near Aishti seaside in Jal el Dib. The venue was the perfect location for the invitation-only event. Apart from the invited guests though, several lucky winners from Smirnoff’s Facebook page also got to be part of this exclusive once-in-a-lifetime event.

The venue was drenched in traditional Thai red and black, with red and gold lanterns suspended from the ceiling, interrupted only by the massive columns of the venue, wrapped with the Nightlife Exchange seal and theme.

The DJ booth was set at the foot of two intersecting staircases that proved to be ideal for the night’s gorgeous dancers. Spider-like appendages rose from behind the DJ booth, illuminating the stage with a distinct redish glow.

On either side of the stage stood large LED screens playing a mash up of abstract animations and live feeds of the venue itself as camera crews captured the historic night on tape.

A unique indoor fireworks display drenched the venue with light, as the pyrotechnics ignited the circumference of the spider-like appendages and the outline of the rectangular-shaped ceiling. 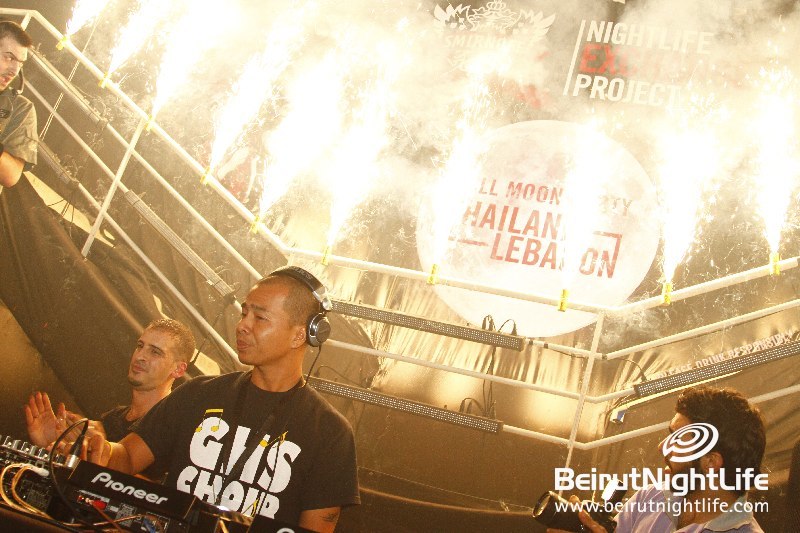 The featured drinks of the night were fondly named Beirut and Bangkok. Clubbers did not have to choose between the 2 though, for both were sublime cocktail mixes, and there definitely was no shortage in premium drinks. 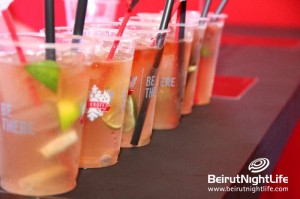 Phil, maDJam, Boyonic and Ronin & Nesta took care of the musical aspect, playing the best of commercial house music well into the hours of the morning. VJ Kaa was the man behind the eye candy displayed on the giant LED screens.

Thai hostesses put flower necklaces around guests’ necks and ushered guests towards the photo booth and the body painting booth. Stilt-walking robots then walked through the crowd, glowing green as hostesses passed out water bottles and Smirnoff cards that say “tag yourself on Facebook” after the crate was introduced and Thai dancers came out to perform the traditional Thai dance. Dragon shows and fire shows wooed the crowd as well at several points during the night.

All in all, the Smirnoff Nightlife Exchange Project Thai leg in Lebanon was a superb success. Hundreds of sophisticated invitees, a dream venue, a sublime lineup of acts and DJs, decorations to die for, delicious and special drinks, gorgeous dancers and performers, crazy setup and pyrotechnics, and of course responsible drinking and safe transport home came together to create a truly epic night in Lebanon’s nightlife history books with Smirnoff.