Baalbeck International Festival 2011: From the Days of Saladin Lebanese Nights 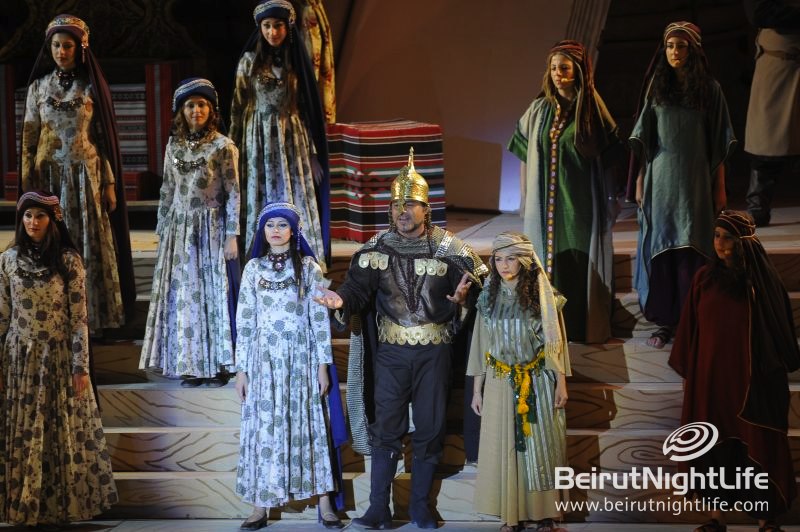 A Lebanese musical play,  FROM THE DAYS OF SALADIN LEBANESE NIGHTS welcomes the start of the Baalbeck International Festival 2011.

The play, which hosted a full house starred Assi el Hallani, Antoine Kerbaje and  Carmen Lebbos among many others who lit the stage with a beautiful performance.

The music is played by an orchestra of 45 musicians conducted by Maestro Harout Fazlian and the choir of the Antonine Fathers University under the direction of father Toufik Maatouk will complete this ensemble with the participation of an elite of singers, actors and dancers. All the sets are designed by Rami Sabbagh. The dances are choreographed by François Rahme.

The costumes design and execution are signed by Faten Mechref from the Caracalla Research Center.