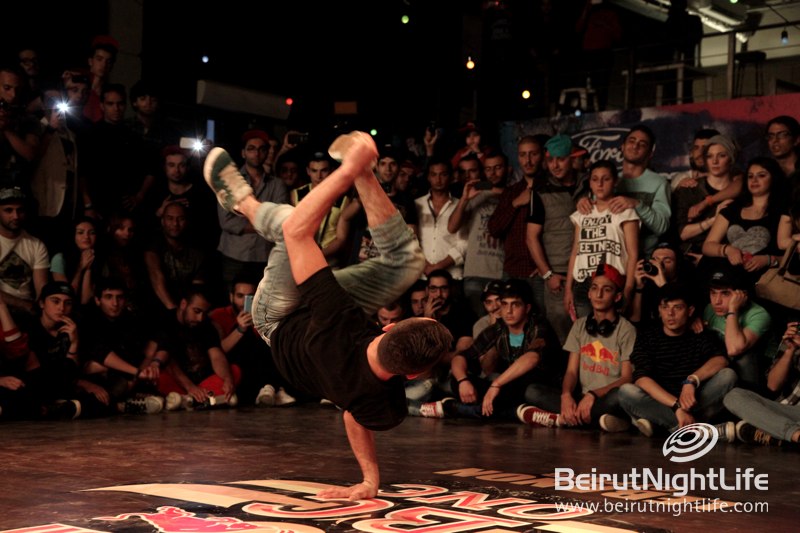 The competition between Lebanon’s B-Boys came to a climax on Saturday night, with 16 of the country’s best competitors battling it out at Concrete 1994 in Sin El Fil, Lebanon, for the chance to compete at the upcoming Red Bull BC One MEA Finals in Algeria.

The industrial-like venue became a diverse setting for one of the long-awaited events, as B-Boy Ralph battled through four rounds of gladiatorial competition, to the incredible beats of DJ Ceasar K, to earn his invitation to Algeria to compete for breaking’s biggest prize. The 16 B-Boys performed in front of three Red Bull BC One international All-Stars: Ronnie from the U.S., Cico from Italy, and Lamine from Senegal.

Ralph said of the victory: “It gets better and tougher each year. The competition was tight, and I had to come up with original moves to challenge myself and prove to the judges and the crowd that I’m worthy of the Red Bull BC One championship title. Algeria is five months away, and I’m all set to get my practice on!”

The audience were witness to the incredible growth in standard, styles, techniques and moves that showed off why these competitors were the best from across the country.

In the semi-finals, Ralph battled Crazy Jumper, who showed skill and stamina all the way to the end. But ultimately it was Ralph who met Lil Ninja in the finals, knocking him out with a series of creative displays and red-hot agility in the presence of passionate spectators who came all the way to cheer for their favourite B-Boys.

“The level of the competition was so high and impressive, and each and every B-Boy put on an electrifying show. At the end, it all comes down to whoever is the most original with new and unique tricks and moves”, commented Red Bull BC One All Star judge Cico.

Now, after being crowned the Red Bull BC One Lebanon Cypher winner, the road to Paris just got shorter. B-Boy Ralph will join other winning B-Boys from the Middle East and Africa at the regional finals, which will take place in Algeria on September 27.

B-Boying, one of the four pillars of urban art, has a long and rich history, with breakers having elevated the dance into an art form over the years. Communal and competitive, talented B-Boys seek to showcase their moves against the world’s best, and Red Bull BC One has become recognized as the scene’s pioneer one-on-one tournament, attracting challengers and fans from across the globe.

Last year, around 400 people watched B-Boy Ralph clinch the title in Lebanon’s iconic B018, where they witnessed superhuman feats of physical strength and innovation, and an all-out celebration of the evolution of Hip Hop culture today.