Arabnet: The Place to be for all Digital Professionals 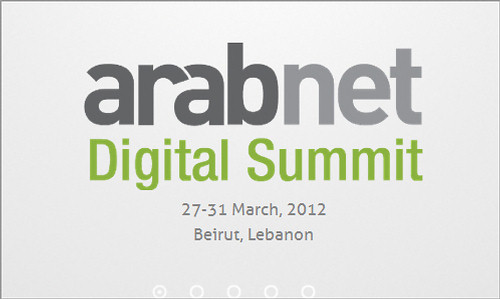 Join the BeirutNightLife.com team at the third annual ArabNet Digital Summit, which is set to open on Thursday, March 29th at the Grand Habtoor Hotel, Beirut, under the patronage of the President of the Republic of Lebanon, Michel Suleiman, represented by the Minister of Telecommunications, Nicolas Sehnaoui, and with the participation of H.E. Riad Salameh, Governer of the Central Bank of Lebanon.

The Summit is the largest gathering of entrepreneurs and digital professionals in the web and mobile industries in the Arab region and is expected to attract 1,500 attendees for five action packed days of innovation, entrepreneurialism and best practice sharing between regional and global leaders.

In collaboration with the Central Bank of Lebanon and strategic partnerships with Bank Audi, STC, and MBC Group—the summit will feature discussions and lectures involving 150 internationally renowned speakers covering the latest trends and topics in the industry, particularly in relation to the opportunities and challenges created in various industries by the digital revolution. This will include the future of news, television, advertising and digital marketing, as well as mobile applications, online gaming, e-commerce, and other important fields.

Prior to the official opening of the Summit, ArabNet will host two “Developer Days” on the 27th and 28th, at the Metropolitan Hotel, where 300 developers and programmers are set to attend the technical discussions, tutorials, and workshops lead by Google, Microsoft and other leading technology companies.

Furthermore, the program will include an industry day on March 28th focused on how web and mobile are transforming traditional industries such as travel and tourism, banking, education, and healthcare and the latest technological developments that are allowing these sectors to compete in an increasingly globalized economy.

Among the many competitions hosted by the ArabNet Digital Summit is the ArabNet Case Study Challenge (ACSC), aimed at individuals and agencies in the advertising industry and will recognize excellence in online advertising.

Additionally, ArabNet will host its annual competitions, the Ideathon, which aims at turning bright ideas into functional products; and The Startup Demo, aiming at helping early stage startups to bring their business to the next level.