Above & Beyond, Andy Moor and Jaytech: Poliakov’s Record-Breaking 2010 Event

On Saturday September the 11th, more than 10,000 clubbers experienced an event that, as JayTech said, can only be described as “ridiculous”. Ridiculous in the sense it was massive in every aspect, from light and sound, the interactive performance and crowd, and most importantly the sublime Trance music of Above & Beyond. 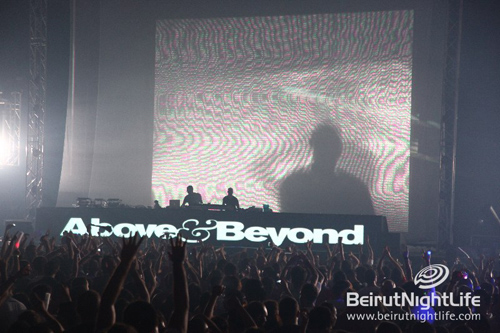 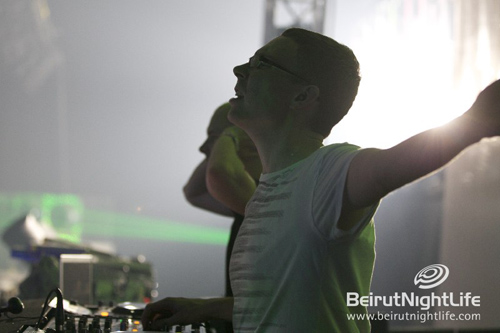 Above & Beyond are the world’s biggest Trance authority, with over a decade of transforming Trance from its analogue beginnings to its current diversified version with eargasmic sounds that will have any person’s heart beating in tune with the music at 140 beats per minute!

On our way to the venue, Paavo revealed that to him, Lebanon was “truly different” and that he felt like “a fascinated tourist” every time he visits Lebanon. He also said “you guys are getting first everythings from us” and indeed we are! Last year’s gig was, both according to the clubbers and the DJs themselves, the best gig of the year. It was their first-ever (and so far only) live gig that grouped all three of the guys. Tonight, alongside a few tracks “fresh out of the studio last week”, Paavo unleashed his mastery of visual effects. 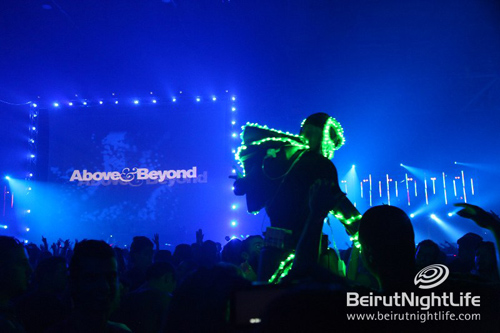 The centerpiece of the setup was a massive LED screen (the largest ever assembled in Lebanon) with 2 mesh screens in front of it, onto which an LCD projector mirrored the LED’s feed. This sublime combination, overseen and fine-tuned by Paavo himself, produced mesmerizing imagery that came to life behind Jono and Paavo in real 3D.

Jaytech kicked off the night at 10:00 PM, as clubbers packed the venue. The orientation of the whole setup this time was unique. Instead of being longitudinal as it usually is, Poliakov chose to rotate the venue so that everyone is closer to the stage than they normally would be, and with plenty of space for the regular, VIP and VVIP sections to dance all night long with a bird’s-eye view of the first-time visual jockeying of Paavo.

At 12:30 AM, Jono and Paavo took to the stage and with explosive applause, cheers and fireworks, Above & Beyond’s Anjunabeats Vol. 8 tour went into full-throttle. Tracks the trio had made only a few days ago were featured in the set, as well as hits from their new Anjunabeats album such as “On a Good Day” and “Thing Called Love”. Of course, they did not let down the veteran clubbers, and played classic favorites such as Oceanlab’s “Satellite” and Tiesto’s “Love Comes Again” with the Above & Beyond touch sending the crowd into a frenzy. 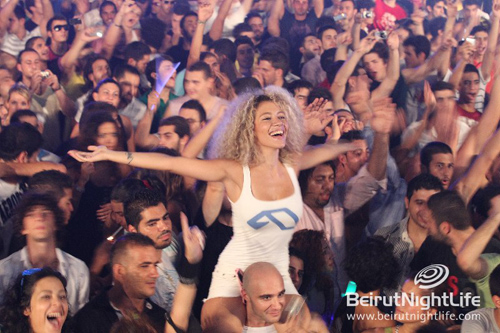 At around 3:45 AM, Grammy-nominated DJ/producer Andy Moor was handed control of the night dazzling the crowd, which had already journeyed through 6 hours of dancing and was not bent on stopping anytime soon. Andy told BeirutNightLife.com: “Thanks to all Lebanese crowds tonight who made me feel so welcome.  Though I had an illness, but cause of them I enjoyed the night and did give my best.”

All in all, the night was an unforgettable experience. Above & Beyond, And Moor and Jaytech, coupled with Poliakov’s premiere management and execution undisputedly created the biggest event of 2010 in collaboration with NRJ Lebanon “Lebanon’s #1 hit music startion”. The clubbing and dance event standards have been raised considerably tonight, and all we can do now is expect more and wait for Ferry Corsten’s gig on November 27th, 2010.