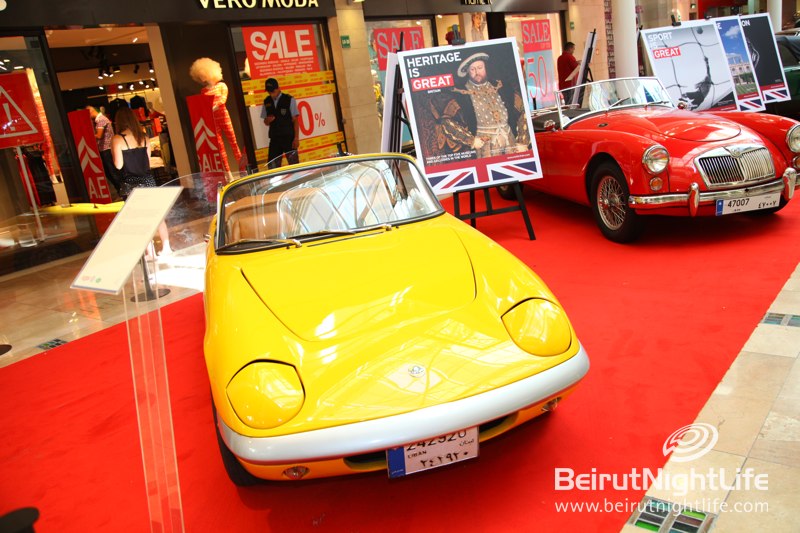 Under the patronage of the Ministry of Tourism, ABC, the leading retailer in Lebanon, announced today in partnership with the British Embassy in Lebanon the beginning of ‘The Great British Week’ celebrations in its Achrafieh and Dbayeh locations. The campaign was launched in a press conference at ABC Achrafieh in presence of ABC Chairman Robert Fadel, the Minister of Tourism Fadi Abboud and the British Ambassador to Lebanon Tom Fletcher, in the presence of celebrities, VIPs and members of the press.

As part of their encouragement to cross-culturalism, starting the 12 of June and for one week, ABC is hosting the ‘The Great British Week’, organising over fifty British-themed activities and events that will encourage all customers to get involved in the British cultural, educational, fashion and culinary spirit.

The ‘GREAT’ campaign is a global campaign launched in 2011 by British Prime Minister David Cameron.  In 2012, the UK celebrates the Queen’s Diamond Jubilee and hosts the London Olympic and Paralympic Games.  The British Embassy, in partnership with ABC and our generous sponsors (among them Averda and Land Rover), invites Lebanon to take a fresh look at everything that Britain has to offer: Innovation, Creativity, Knowledge, Heritage, Sport, Shopping and Music. The GREAT British Week in Lebanon will be the biggest celebration of Great Britain in the MENA region this year.

“We are proud to be promoting Great Britain in ABC” said Robert Fadel, Chairman of ABC. “Leader in the Lebanese market, ABC has been promoting a cosmopolitan society since its establishment 75 years ago. Through this campaign, we want to offer our customers great cultural and inspiring experiences during their shopping, our way to confirm our commitment towards the education of the families who visits ABC”, he explained.

British Ambassador Tom Fletcher said: “We’re here to launch GREAT week, in one of the world’s greatest cities. For the days ahead, we’re bringing London – the city of the Olympics, of the Queen’s 60th Jubilee – to the heart of Beirut. This week will show you the best of modern Britain – our businesses, design, arts, education, sport and heritage.  It will also show Britain the new Lebanon – a place of stunning beauty, of great resilience, of talent and ingenuity. A unique country that links three continents, with an extraordinary history, and with an extraordinary future.”

The Minister of Tourism Fadi Abboud congratulated the British Embassy on the GREAT campaign, and the management of ABC on their continuous contribution to Lebanese tourism.  The Minister emphasised the excellent relationship between Lebanon and the UK stating: “The two countries share many commonalities for being pioneers in business, investment, tourism and education and this occasion will reveal the real image of both countries and tempt tourists to come and explore reality for themselves. We also want to show Britain the huge potential of Lebanon as a fascinating, resilient, talented destination for tourists and business that is striving to regain its dynamic position on all levels throughout all continents. We are going to promote the best things in Lebanon. YES we want to showcase Great Lebanon”.

ABC has long been a pioneer and leader in the entertainment business; from culture, to fashion, retail, cuisine, events, and most importantly creating and sharing inspiring experience. This is what the ‘British Week’ is all about. It is about increasing the dynamic relationship between businesses, artists, sportspeople, musicians and young people. The best of Britain and the best of Lebanon.

Discover the Greatness of Britain, in the Premiere Lebanese Mall.