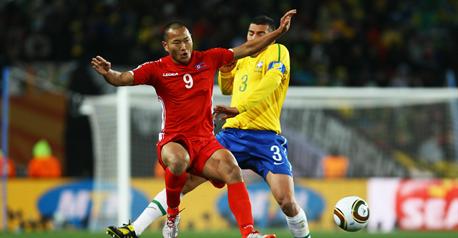 Brazil suffered in the beginning of its quest in the World Cup, with a modest win on North Korea’s 2-1 at “Ellis Park” in Johannesburg in the first round matches of Group G. The N. Korean side showed what Asian soccer can do in the presence of international teams. The first half was controlled by the Koreans with no effect from the Brazilians. On the second half Maicon managed to score in the 55th min. and Elano in the 72nd min. The Korean retaliated with a number of attack succeeding in scoring in the 89th min. The weak win from Brazil placed the Samba Boys on the head of their group, raising questions on the quality of football played in that game.

The Elephants Block the Portuguese Attack

Ronaldo guys satisfied with a goalless draw in front of elephants in Africa, the clash was not an easy one for the Portuguese as the Ivory team showed what African soccer is made off . 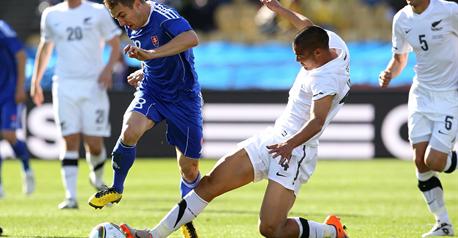 New Zealand clinched a draw from the jaws of the Slovakian team in the last minute of the game. The two rare guests on World Cup games had a fairly equal match before the Slovaks scored in the beginning of the second quarter (50th min.). The game was fully controlled by Slovakians till the last minute, when they took the  New Zealand side for granted and Reid had a shock goal to end the game in a draw. The group has no favorites with all equal in points and goals.