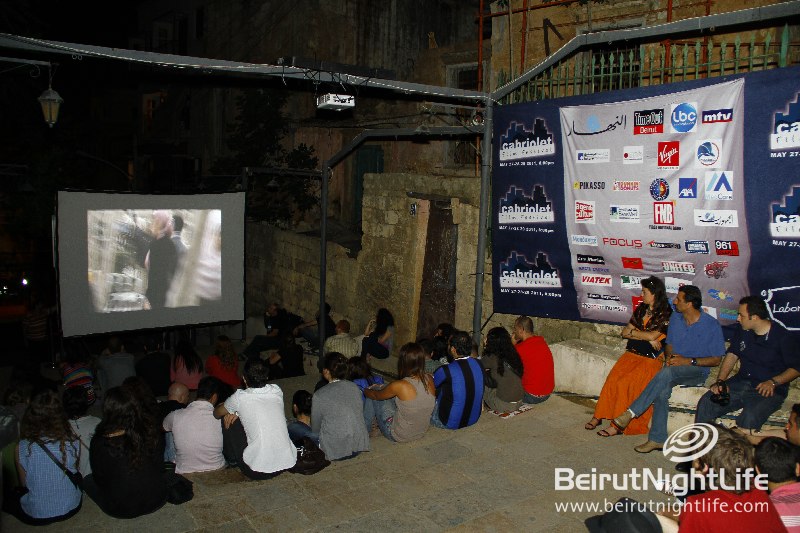 Launched in 2009 by the team of Laboratoire D’art, Cabriolet Film Festival (CFF) is the first outdoors film festival of its kind in Lebanon. The festival has since become an annual event and takes place over the course of three consecutive nights on Gemmayze Stairs.

For three years in a row, the festival has prided itself on creating a unique forum of exchange and dialogue between the public and the filmmaking community through hosting an event that encourages individual talents, brings together artists and filmmakers, champions short films, improves networking between interest groups, and allows the public to interact with filmmakers.

This year, CFF continues its commitment to celebrating short film as an independent form of art in a non-competitive public event by presenting local and international films. CFF presents short film in all its guises from archival, to short fiction, to documentary, to animation and video art.

This year as in the previous two years, CFF features local and international short films; however, an innovation brought forward by the festival this year has been the adoption of a specific theme for participating short films set as “public space”. We have chosen this theme as a tribute to the true essence of CFF which is to celebrate and promote local and international short films as an independent form of art in a non-competitive, public, and “accessible to all” event.

Their mission is to spread the ingenuity of art and artists for three days in a row, and this is what happened!