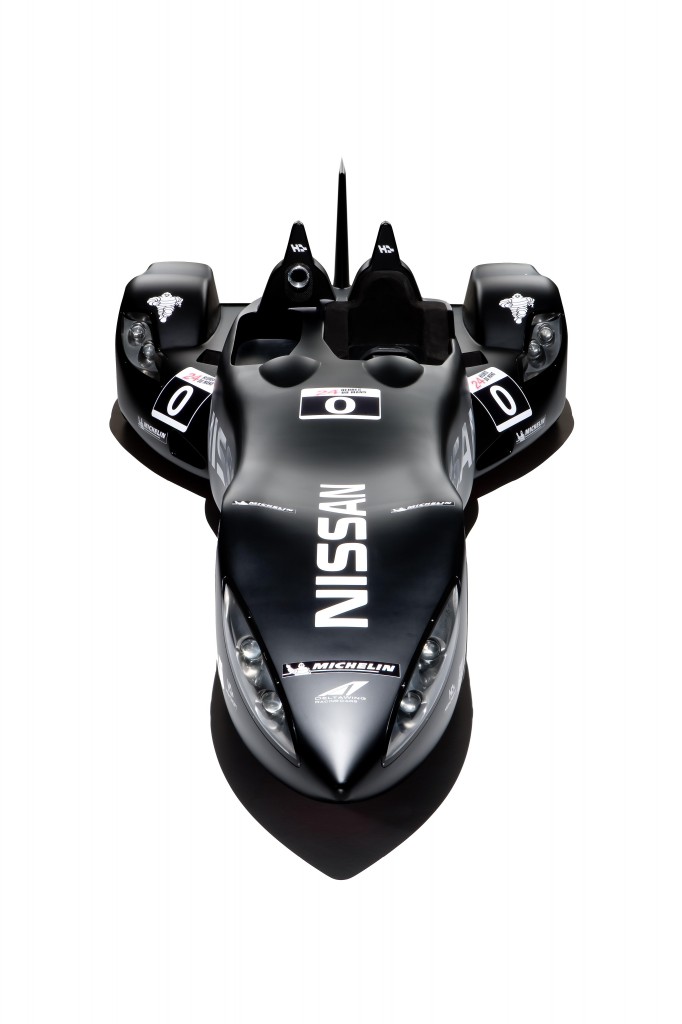 Nissan DeltaWing, this generation’s most revolutionary and exciting motorsport project, is an experimental racecar that will be powered by a Nissan 1.6-litre DIG-T engine technology.

Nissan is aiming to change the face of endurance racing forever by becoming a founding partner in the most radical motorsport project of its time – Nissan DeltaWing.

A highly-advanced and hugely-efficient Nissan engine will power the remarkable DeltaWing car as it races in anger for the first time at the legendary Le Mans 24 Hours (16-17 June).

While Nissan DeltaWing will not be classified in the 2012 Le Mans 24 Hours, the Company is looking to showcase the pioneering technology that will show one potential direction for the future of motorsport and will feed into the research and development of future technologies, that filter down to Nissan’s road car product range.

A race-prepared 1.6-litre four-cylinder engine, featuring direct petrol injection and a turbocharger, will power Nissan DeltaWing, which is half the weight and has half the aerodynamic drag of a conventional racer.

The engine, badged DIG-T (Direct Injection Gasoline – Turbocharged), is expected to produce around 300hp, sufficient to give Nissan DeltaWing lap times between LMP1 and LMP2 machines at Le Mans, despite having only half the power of those conventional prototypes. It features the same technology found in Nissan road cars, such as the range-topping Nissan Juke DIG-T.

“As motor racing rulebooks have become tighter over time, racing cars look more and more similar and the technology used has had less and less relevance to road car development. Nissan DeltaWing aims to change that and we were an obvious choice to become part of the project,” said Andy Palmer, Executive Vice President, Nissan Motor Co., Ltd.

“But this is just the start of our involvement. Nissan DeltaWing embodies a vast number of highly-innovative ideas that we can learn from. At the same time, our engineering resources and commitment to fuel efficiency leadership via our PureDrive strategy will help develop DeltaWing into a test bed of innovation for Nissan”.

“This announcement gives Nissan the opportunity to become part of a ground-breaking motorsport project and one which could shape the future of the sport,” he added.

Nissan DeltaWing concept originator and designer, Briton Ben Bowlby, said: “Nissan has provided us with our first choice engine. It’s a spectacular piece. We’ve got the engine of our dreams: it’s the right weight, has the right power and it’s phenomenally efficient.”

Nissan DeltaWing is unlike any other racing car currently on track. The driver sits well back in the car, almost over the rear axle and looks ahead down a long, narrow fuselage to narrow twin front tires, specially created for the car by tire partner Michelin. With a rear-mounted engine, the car has a strong rearward weight bias, which makes it highly maneuverable, while its light weight and slippery shape make it far more efficient.

Its innovative design and forward-looking technology have encouraged the Automobile Club de l’Ouest (ACO), the organizers of the famous Le Mans 24 Hours, to invite the car to run in this year’s race from ‘Garage 56′, the spot in the pitlane reserved for experimental cars. As it doesn’t conform to any existing championship regulations, Nissan DeltaWing will not be eligible to challenge for silverware and will carry the race number ‘0′.

Nissan’s expertise has been applied to the development of the engine, in order to make it light and efficient enough to prove the philosophy behind the concept can work in ‘real-world’ motor racing. The Company, always among the first to embrace such radical ideas and surprising new performance innovations, has promised to apply key learnings from the experience to inform strategies for its PureDrive aerodynamics and efficiency package for road cars, as well as its overall research & development programs.

Paul Willcox, Senior Vice President, Nissan in Europe, said: “Nissan is a very innovative, forward-thinking company prepared to take a risk or two. And exactly the same applies to Nissan DeltaWing. Our involvement in the project shows the boldness of Nissan from an engineering and innovation mindset.”

The car made its first public demo laps at Sebring, Florida, at 12.30pm local time on Thursday, March 15.

Newer Post Are you ready for HORECA 2012? It Starts Tomorrow!
Older PostSpoil your Mother with Damas Gold and Diamond Pendants